“I’m A White Belt And I Submitted That Black Belt!” Well, No… You Didn’t 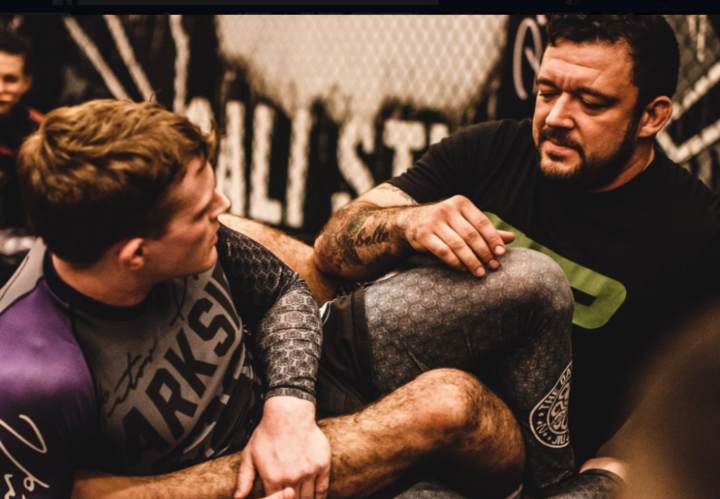 Ah, the first Jiu Jitsu classes… Remember them? You started out innocently enough and went through a whole deal of strange bruising occurrences, as well as aches and pains that you’ve never experienced before. But you loved it all! How couldn’t you, for you were becoming better; and, well, you were submitting all those higher belts from very early on, right?
Actually, you may be in that stage at this very moment. Perhaps you’ve only just begun with BJJ and you’re stoked because you’re tapping out all of those blue, purple, brown… Even black belts along the way!

Well, not to diminish your enthusiasm but… You’re not really submitting them.

YUP, THEY’RE GOING EASY ON YOU

Let’s be honest. When you’re just starting out, everyone in the academy is taking it easy on you; both because they don’t want you to injure yourself by trying to do something that defies all Jiu Jitsu logic – but also because they want you to continue training. Everyone, for the most part, wants you to fall in love with the sport just as much as they did. Also, if you’re training in a smaller academy, there’s a pretty high chance that they want you to stay because your membership helps pay the rent.

So, your coach and teammates are not going too hard when rolling with you. They’re giving you space to understand what’s going on, to explore and play with the basics; so that you can figure out what you should and shouldn’t do.
Eventually, you’re going to start submitting people. And while it may be possible that you’re tapping out other white belts – especially those who’ve begun training at roughly the same time as you did – it’s very unlikely that you’re tapping out the higher ranks. Especially the black belts.

AND ISN’T THAT FANTASTIC?!

Essentially, you’re now in a great environment where effort is rewarded! While that white belt around your waist is still quite fresh, your teammates are letting you tap them out whenever you do a submission technique in the right manner.
However, there are two dangers you need to be aware of; the trap of letting your ego go through the roof, and the trap of beating yourself down because others are going easy on you.

The first one shouldn’t be a problem anymore. If you’ve noticed yourself getting arrogant because: „I’m already better than all those guys, and they’ve been training for years“, now you know that you’re fooling yourself. But in the case of the second trap, you must realize that this sort of a mindset won’t get you anywhere in BJJ.

It’s only normal that others are better than you are – for you’ve only just begun! And it’s phenomenal that they are letting you work your way up; you’re now a part of an environment where becoming better is accepted and bolstered!

EMBRACE BEING A WHITE BELT AND THE ROAD TO BECOMING BETTER

In a word, embrace the fact that you suck and that you can improve. You’ve been given an opportunity to become better every time that you are on the mats, in a positive and encouraging setting.
Take treasure and pride in that; be grateful for your training partners’ gentle approach. Because, as you become better and better, they’ll be tougher and tougher on you – which is to say that you’ve earned your right and respect to be smashed.

And then, in a few months’ time, there’ll be a new white belt stepping on the mats; and you will be able to help them out in the same way. Just how cool is that!