I Think My Coach Doesn’t Like Me… What Should I Do? 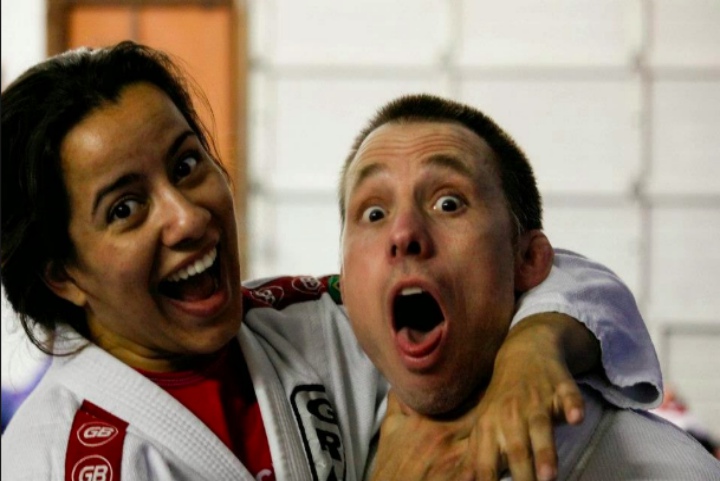 Training Jiu Jitsu is supposed to be an extraordinary experience for you in all regards. Just spending time on the mats should infuse you with confidence, but it should also serve as a place where you’re around people who you feel comfortable with. With people who help you grow, and not just into a more complete Jiujiteiro; but into a more complete human being as well.
These people, for the most part, are your teammates. However, as great as they are, your coach is at least as important for the way you’ll feel about BJJ in the long run.

So what if you come to feel that, for some reason or another, your coach dislikes you? What if you start feeling as if you’re not really welcome around him, that you’re kind of an annoyance?

IS THIS FOR REAL?

Alright, first of all ask yourself: are you imagining things? Could it be that you’re going through some sort of a rough patch, that’s causing you to find fault at others except in yourself?

Coaches, all other possible character traits taken aside, can generally tolerate an enormous amount of different people. Just imagine how many students come to your class. Now think about how every single one of them has their own quirks; and they still continue coming to class. Among other things, the reason behind this is pretty likely because your coach can set all of those different traits and behaviors aside – even the ones he/she might not really approve of – and focus only on Jiu Jitsu.

In different words, your coach is most likely a pretty tolerant person and it would take quite a bit for them to openly display that they dislike you… So it might be that you’re seeing things which aren’t really there.

TALK IT OUT WITH YOUR COACH

Now, if you’ve truly thought about it and if you, with time, start seeing that your coach seems to be getting more and more negative towards you – then it’s time to talk.

While, in principle, it should be the coaches duty to bring you along and start the conversation about the issues they might have with you, that shouldn’t stop you from being the one who takes the initiative. Politely ask them for a portion of their time before or after training to talk about the negativity you feel coming from them. Be open about what you think is happening and ask them if that’s how they feel.
Two things may happen. First, your coach could tell you that you’re just imagining things and/or that they may be having a rough time themselves for whatever reason; and that this has projected itself onto their coaching. Or, secondly, they may say that you’re actually right – in which case you need to do your best to find a solution that will work for both of you.

Now, if you’ve done everything you can – if you’ve spoken to your coach, found out why they don’t like you, and then attempted to rectify those reasons to the best of your ability – and you still don’t feel good with them around… Then perhaps it’s time to change the academy.
Because, sometimes you’re going to cross into people who you simply can’t get along with. And that’s fine. But if you want to keep on feeling good about BJJ and if you want to continue training it in such a way that you enjoy doing so, then it might be best to find an academy where your coach will be on the same page as you are.