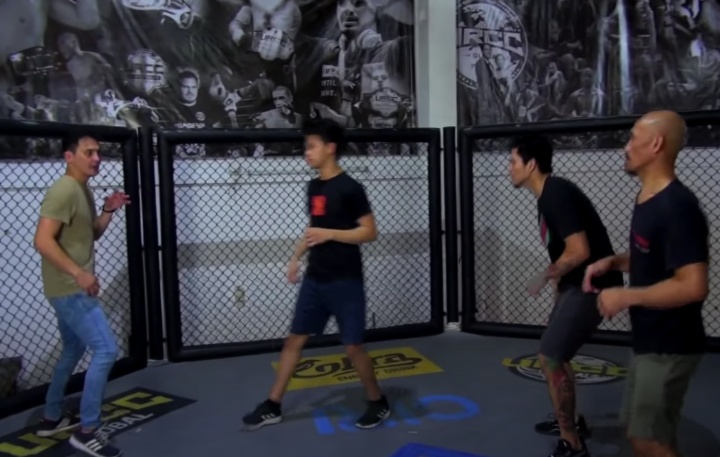 How do you stay safe and eventually take control when faced with multiple attackers? Very few martial arts will prepare for such a horrible experience. If you stick to what you know in a normal man to man combat situation, you will quickly be overtaken and may lose your life.

Alvin Aguilar has some great advice. He says that when faced with multiple attackers, you should always move around and control the space…

Alvin who, you may ask? What does he know about street fights?

Alvin Aguilar is the pioneer of BJJ in the Philippines and South East Asia. He is a 3rd degree black belt under Saulo and Xande Ribeiro. Alvin’s BJJ story goes way back, having started training in the mid 90’s at the Gracie Academy in LA with the Gracies. He is also the president and founder of URCC, the first MMA federation in Asia and also the founder of Deftac/Ribeiro Philippines, the largest BJJ team in Asia. He is also a Arnis/Kali Master who has taught the US marines knife and stick fighting.

Alvin Aguilar is known in the Philippines for having been in countless numbers of street fights when he was part of a fraternity/gang in his younger days. There are many stories of him having faced multiple armed attackers.

You can see more about his story and life experiences here:

In this video, Alvin shows many of the concepts that kept him safe against multiple attackers.

He advises to never throw kicks above the thigh (so as not to get your leg caught), to develop precise and powerful strikes, and to always move around so as to fight them one by one.