How Should You Best Use Your Strength and Size in BJJ? 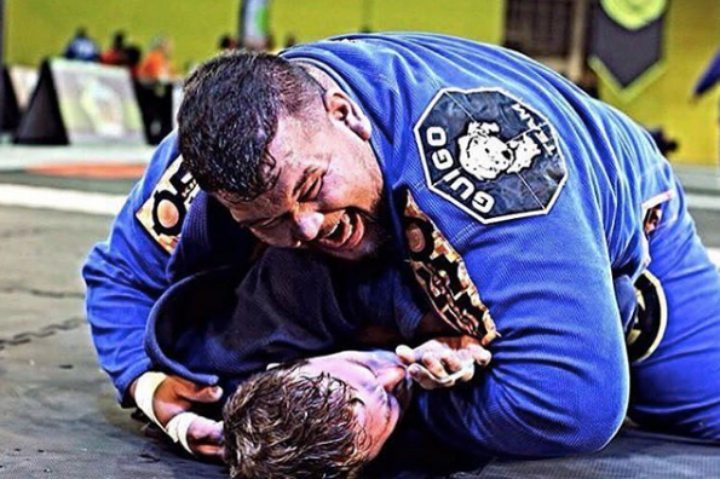 Being physically bigger, and stronger than your opponent is always an advantage in BJJ. However, it’s very important to realize that those factors don’t necessarily guarantee a victory. A heavyweight should learn to use their strength and size correctly, and not solely base their BJJ game on it.

Many BJJ beginners don’t quite understand that concept. I’m twice the size of my partner, and I’m much heavier than him/her. How is that possible? And why am I not tapping my opponent out in every roll?  In most situations, technique overrides size and even strength. Yes, it is much harder on the body to roll with someone much stronger. However, I’ve personally witnessed a 5 foot 6, 140 pound girl, slaughter a 6’5 220 pound gorilla in BJJ, by just using pure technique. I was just as much in  shock as he was…

In BJJ, you need to use your best judgment and always be considerate of training partners. There is never any reason to be a “big shot” by placing your entire weight on a newbie to prove some sort of point of dominance. Jiu-Jitsu was designed to enable smaller, weaker individuals to fight bigger, stronger opponents. Helio Gracie, the godfather of Brazilian Jiu-Jitsu noted, “Always assume that your opponent is going to be bigger, stronger, and faster than you, so that you learn to rely on technique, timing, and leverage rather than on brute strength.”

Heavyweights have a great range or fair options to put that strength to use, in the right way, such as pressure passing, takedowns, mount escapes, and joint submissions. For instance, during the 2015 IBJJF PAN AMS Open Class Finals, Bernardo Faria, a five-time Jiu-Jitsu black belt champion, used pressure to pass Leonardo Lo’s guard. Lo was considered pretty much untouchable. He was a multiple BJJ world champion. Faria’s technique showed that weight plays an important role in pressure passing to keep your opponent down, and in discomfort, guaranteeing that they don’t escape your guard.

Smaller BJJ practitioners have an advantage of being able to go for the heavier opponent’s back, and work towards a submission. Heavier individuals tend to be less mobile, allowing the smaller opponent, with good back control, an easy chance for a takedown. Taking the back is a great way in BJJ to have many possibilities for submissions because it puts limits on your partner who must either defend or try to escape. Smaller BJJ students should find positions that keep the weight off of themselves, such as a knee shield.

What’s important to remember as a big guy in BJJ, is that you don’t want to cover up sloppy techniques with brute strength. Also, you can be a bigger guy and be very technical. Although some moves may seem harder for you, they are not impossible. Lastly, it’s okay to use your weight and strength to your advantage. Many times smaller opponents will get offended because you submitted them, and they’ll blame it on your size as leverage. As long as you fight clean, and use what you need when you need it, you’ll not only be fine, you may even be victorious.