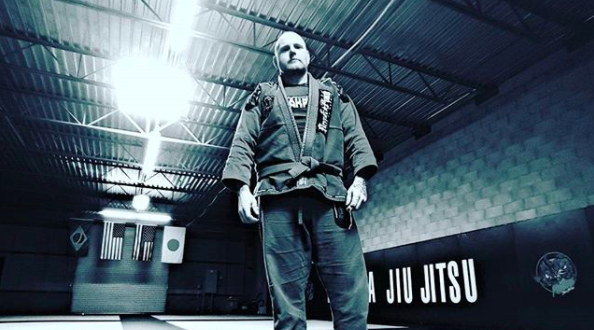 Jon Orton always knew he had a serious weight problem, but he couldn’t quite figure out how to lose the excess pounds for good. He tried many different workout programs, and he even had some success with some, losing up to 27 kilos at times.

Keeping the weight off was a different story.

Any weight loss achieved with a particular workout routine quickly disappeared when his motivation dwindled down. The end result was typically Jon becoming even bigger than he initially was.

One thing Jon always had going for him was his ability to realize how dangerous being 215 kilos at 36 was. While Jon was searching for the weight loss program that would help him achieve the weight loss he always longed for, he ran into a friend who happened to be close to a professional mixed martial arts fighter who ran his own gym. 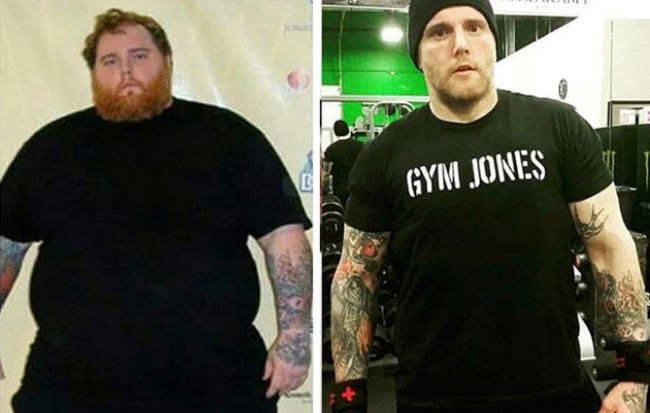 Jon had dabbled with Brazilian Jiu-Jitsu a bit a while back, but it wasn’t something he took seriously. He did trust his friend’s expertise, so he decided to give it a shot.

However, when it was time to attend his first class, Jon almost let his emotions get the best of him.

Fortunately for Jon, the instructor he met through his friend was experienced enough to realize what was going on. He provided Jon with the extra push he needed and made him feel like he belonged in the BJJ gym. Jon also received lots of encouragement from his training partners.

That’s how Jon discovered his passion for BJJ.

Jon quickly realized what all the hype around BJJ was about when he started training. The warm-ups were enough to make him break a sweat, which is the norm in BJJ since typical warm-up exercises like shrimping and bear crawls mimic high-intensity training exercises. The fact every warm-up session had its unique combination of warmup exercises made it easier for Jon to enjoy the process and push himself. 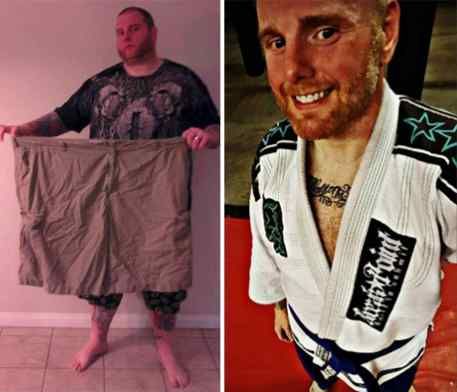 Jon has turned his whole life around with the help of BJJ. (Image via Jon Orton)

Like most BJJ instructors, Jon’s instructor followed up the warmup sessions by breaking down a couple of techniques for the students to practice on one another. Then came the real work: rolling.

Rolling is the core of BJJ training. This is where you get to practice all the techniques you’ve learned so far on a resisting opponent who is trying to submit you. It’s also when you burn the most calories during a BJJ class.

What differentiates BJJ training from the other workout programs Jon had tried was the uniqueness of each training session. You warm up with different exercises each day, you learn new techniques, you’re constantly meeting new people who join the gym, and you’re always aware of your progress every time you roll.

The combination of all these things made it easier for Jon to stay motivated and dedicated to his BJJ training, compared to traditional cardio exercises like jogging and swimming which he got bored with very fast.

“Jiu-Jitsu was the catalyst for everything, that’s what got me where I am now,” Jon added. “So find your fire. Find that thing that’s going to burn inside you that’s not going to stop. You have to find something that you love.”

That is one of the most important things you need to do when you’re considering a new workout program. The reality is: there are many options for you to choose from. The key is finding something that becomes an activity that you look forward to, rather than something you have to force yourself to do just to be healthy.

When it comes to burning fat, getting enough cardiovascular exercise is only one half of the equation. You also need to follow a healthy diet to achieve the best results possible. Fortunately for Jon, he received lots of mentoring from his instructors and training partners when he started training, so he knew he had to cut out most of the junk from his diet like fast food and soda. Sure, there’s nothing wrong with enjoying these things in moderation, but these low-quality foods shouldn’t be the bulk of your diet if weight loss is your priority.

Jon also started incorporating other activities like weightlifting and even other martial arts like Muay Thai into his routine. Today, it’s all become a lifestyle for him.

As amazing as Jon’s story is, stories like these aren’t uncommon in martial arts circles. One of the most noticeable things that happen when you start training is the fat loss as your body becomes healthier. UFC veteran Joe “Diesel” Riggs once weighed over 135 kilos, yet he shed all that weight when he got into MMA. Riggs went on to compete at 77 kilos in the UFC.

If you’re unhappy with the way you look, there’s no need to feel that way. Brazilian Jiu-Jitsu classes can help you lose all that weight and more. Besides being a fun way to meet cool people, BJJ classes will also improve your confidence, self-discipline, and ability to persevere through obstacles.

“If you want to change everything, you have to change everything,” Jon explained. “What you will gain is far greater than what you will give up. Find your passion. Find your fire. And then let that fire consume you. Find something that drives you and motives you. Find something that pushes you, and then do the hell out of it. For me, it was Jiu-Jitsu. I can honestly say that Jiu-Jitsu saved my life.”

BJJ can save your life as well! To begin your journey sign up for a complimentary trial class today!