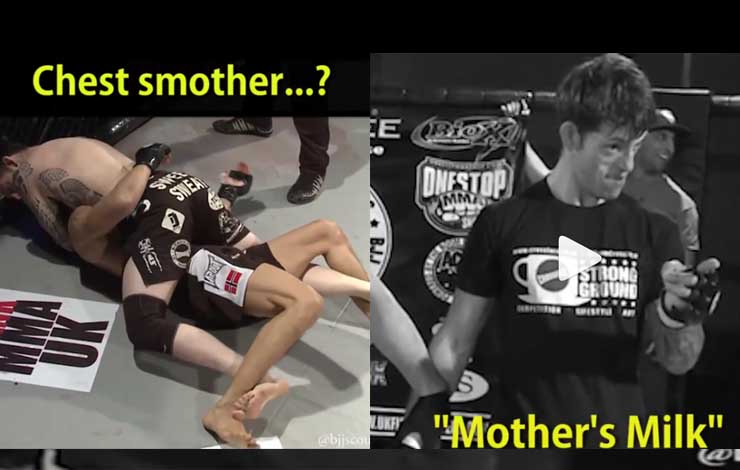 bjj scout released a funny troll featuring something called the Mother’s Milk. Apparently Ezekiel from the bottom (which seems to be on everyone’s mind) isn’t edgy enough for him so he’s unearthed some footage showcasing a unique albeit rare submission called the Mother’s milk!

You can see it used in action here:

This submission has been a part of Erik Paulson’s arsenal for years now. In addition to being the first American to win the World Light- Heavyweight Shooto title in Japan he is a black belt in Tae KWon Do, Judo and BJJ under Rigan Machado.

The technique focuses on smothering the opponent’s face in your chest from mount while simultaneously applying upward direction force on the back of the opponent’s neck.

You can watch the instructional here:

You can also spot something fairly similar (albeit a different variation ) in this instructional by Josh Barnett: