Grey Maynard Is Livid Over Ryan Hall Fight: What was happening? The referee had no control 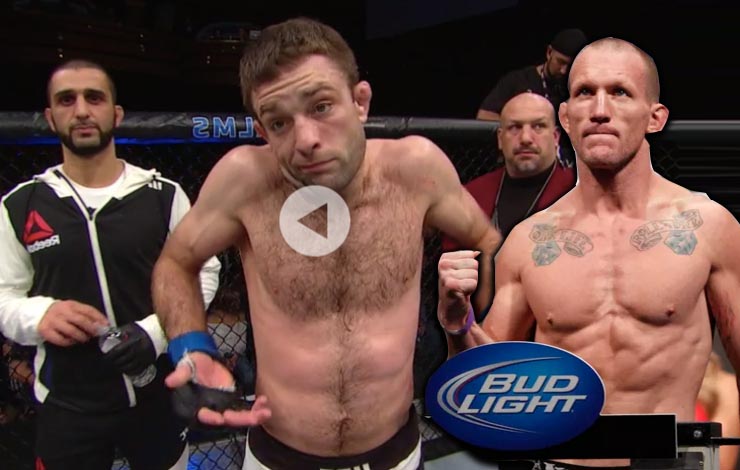 Grey Maynard may have an extensive martial arts career but he’s seldom had fights like the one with Ryan Hall that just concluded at The Ultimate Fighter 24 Finale.

Maynard is usually known for wrestling and boxing but he was reluctant to engage with Hall in any kind of ground game – after all he’s just a blue belt in bjj!

This of course didn’t shake Hall who was determined to leg kick his way to victory all the while trying to pull Maynard into the ground game. Hall has been training Karate under Stephen Wonderboy Thompson’s dad Ray THompson.

Hall played a very smart albeit unexciting to watch – he was out of striking range and struck from the outside repeatedly.

He even tried but scooting to Maynard!

Maynard was visably pissed off and that didn’t stop when the victor was announced. He told bleacher report:

“I should have seen if he was everything he claims to be. I would have played the game a little bit more. We were going to test him. The plan was to push him up against the cage, get the double and test him in half guard. But I couldn’t get near him without him dropping to his back or running away.”

“I understand that he wants to avoid punishment. But we signed the dotted line to give the people a fight. They came to see a fight. If you want to do jiu-jitsu, that’s fine. Take me to the mat, if you can. There has to be rules in place to stop that from happening.”

Hall had his own responses

“I tried to put him in either the fire or the frying pan,” said Hall afterward. “He chose the frying pan unfortunately for me, because I am a lot better at the fire. Unlike grappling, which is a control sport, MMA is a damage sport. It really is in your interest, if you can, to get through these fights as cleanly as possible. Fortunately, in this instance, I was able to do it.”