Get Unfriended With This Invisible Wrist Lock from Turtle 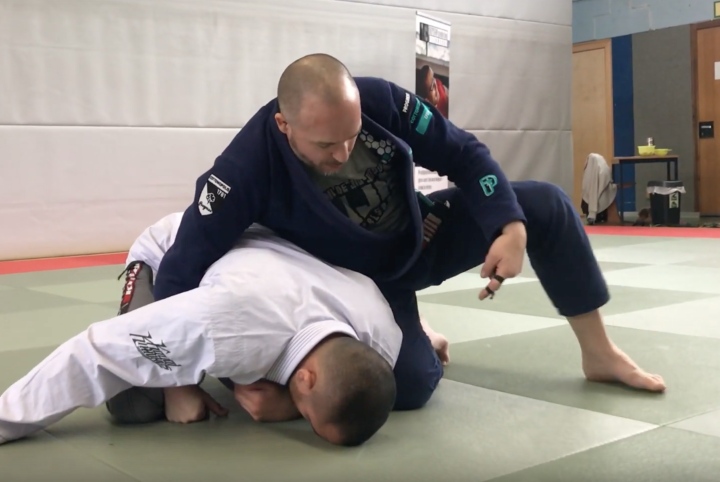 Here is a very sneaky wrist lock that your opponent will never expect… This one comes when your opponent is turtled up and using their near arm to block your hook. You then use your farm arm to grab the hand and trap their elbow with your knee and there it is: a nasty wrist lock.

This technique is the trademark of 4th degree black belt Hugo Fevrier (Tropa de Elite based in Cannes, South of France) who is part of the second generation of French BJJ Pioneers. He started training in the mid 90’s and never looked back. His main titles are 3X European Champion, 3X Silver medalist at Europeans, 3X bronze medalist at Europeans ( in different belts from white to black and weight and absolute); French Champion NoGi ( weight and absolute black belt) and many other titles gained all around the world.

Hugo Fevrier recently conducted a BJJ camp at Academia de Jiu-Jitsu Karlsruhe in Germany where he showed his wristlock from everywhere concept and other variations.

The important detail is to put the pressure with the knee… If you do this in competition, the referee will probably not see the wrist lock so the opponent will have to verbal tap by shouting, which means that you have to really go hard on the wrist lock: