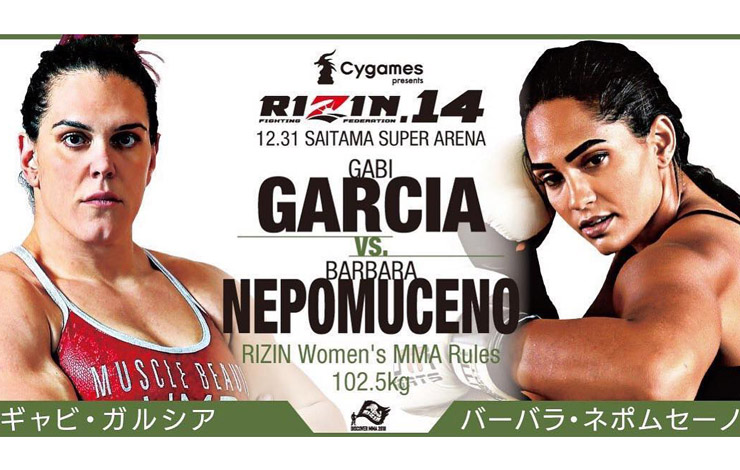 Gabi Garcia is making her way back into the cage. Garcia, 33, has had a rocky road building her name due to the organization’s inability to get her opponents in the same weight category.

Her next match up also isn’t ideal – but there is a willing opponent in her range, sort of.

“There aren’t many promotions opening doors for heavier girls in MMA,” Nepomuceno told MMA Fighting, “And there’s a big weight difference between Gabi and I, but fighters are made for tough challenges, trying new things, and that’s what I want.”

Nepomuceno is 5-foot-8 and weights around 198 pounds, and competes in kickboxing in the super middleweight division (over 155 pounds), while 33-year-old Garcia is a 6-foot-2, 235-pound jiu-jitsu specialist.

“She has faced (my challenge) as something personal,” Nepomuceno said. “I never wanted this fight because I wanted to beat her up or something like that. I want to fight. I wanted to be in a big promotion to show my work, and it was through this challenge that my management team MTK got me a contract with ROAD FC. If this fight happens, it would be really cool.

“I can’t understand why she doesn’t want this fight,” she continued. “She has the physical advantage for being heavier and stronger. I don’t see any reason why she wouldn’t take this fight unless she doesn’t want to face me. I don’t know if it’s fear or if she prefers easier fights. Everyone manages their own career the way they want. I, for one, don’t see any merit or fun in fighting an out-of-shape 50-year-old lady who is 90 pounds lighter than me. Oh, okay, ‘the promotion asked for it,’ but we have to stand for things we believe. I wouldn’t like to fight people like that, and that’s why I challenge Gabi.”

The two are set off to face at NYE at Rizin.