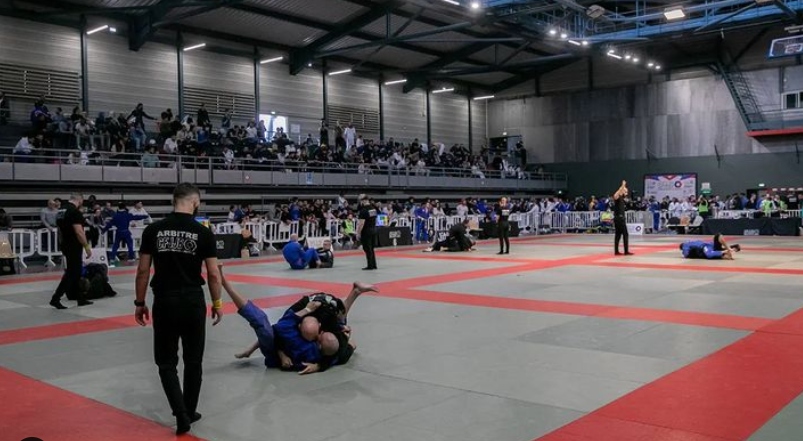 France has long been a major player in the European BJJ scene. The major and unmissable event of the CFJJB (French BJJ Federation, affiliated to the IBJJF) is so successful that registrations for the French Children’s Championship had to be closed 17 days before the scheduled date and registrations for the French Gi and No Gi Championship yesterday evening, 11 days before the scheduled closing date.

This upcoming Championship which will be held in Paris on June 18th and 19th is the biggest BJJ event ever organized in France and the second biggest in Europe after the European IBJJF Jiu-Jitsu Championship (5,000 competitors).
More than 2000 fighters between children Gi, and Adults/Masters Gi and No Gi registered for this 2 day event.

In anticipation of this large number of athletes planned for this competition at the prestigious arena Grand Dôme de Villebon has been chosen, thanks again to the French Judo Federation for the help and support provided on all the CFJJB’s projects.

This edition is also a record with 108 black belts registered for the event, a first in France 🇫🇷
The CFJJB is proud to be the spearhead of the biggest nations of Brazilian Jiu-Jitsu in Europe.

Spearheading the CFJJB project is David Giorsetti, one of the first 10 European BJJ black belts. Mr Giorsetti was able to gain the support of the powerful French Judo federation which has given wings to the fast growth of Brazilian Jiu-Jitsu in France.

So see you on June 18th and 19th in the Paris region at the Grand Dôme de Villebon to find out who will be the new French Champions of Brazilian Jiu Jitsu 🇫🇷.