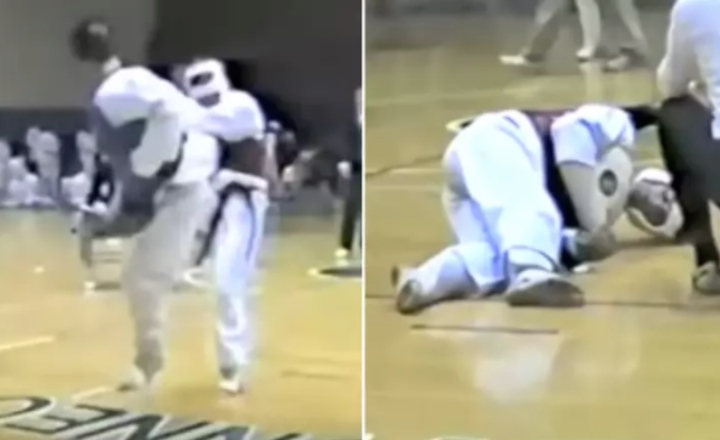 Joe Rogan is mostly known as a podcast host (the mega popular Joe Rogan Experience podcast), a stand up comedian, UFC commentator but most people do not know that he also has a legit combat sports background.

When it comes to Taekwondo, one of the few footage of Rogan from back in the day is this rare clip of him winning a Taekwondo match via spinning back kick KO.

The devastating kick happened back in 1987.

Rogan lands a spinning kick right in the opponent’s solar plexus, instantly dropping him and winning the fight in spectacular fashion.