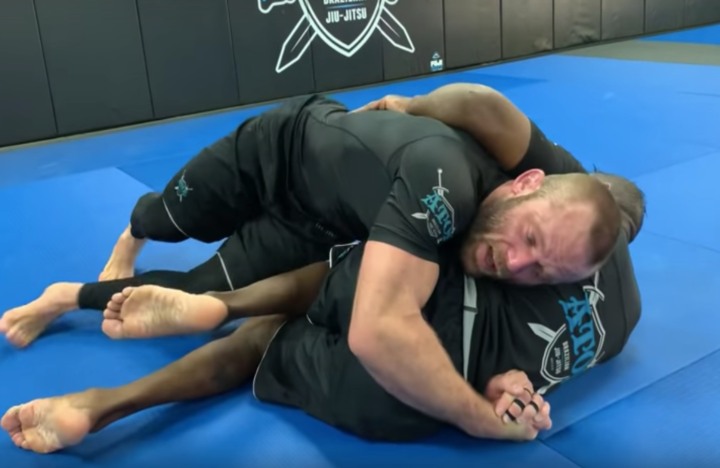 Written by Masafumi Matsumoto, a BJJ black belt from Japan who has been travelling the world, training, competing and working as a translator. ‘Masa’ is known for having a very good guard, especially his spider guard.

Have you ever felt hopeless about passing your training partner’s guard, and felt that you don’t really know what to do about it?

If you have, what you will read in the following might help you understand what’s going on when you try to pass someone’s guard.

But why should you listen to me on this matter?

No, I’m not a world champion or anything like that, but I consider myself as a competitive black belt, and play the guard a lot. Also, I’ve been traveling around the world in the last few years, and had some opportunities to roll with a bunch of different people from different parts of the world.

I noticed that there are common mistakes people make when they try to pass my guard, and I hope to share with you some observations and tips.

The first one is the most common, and probably the most important.

1. Be able to defend yourself and stay on your feet or knees in the top position. Your opponent wants to control your a) posture, b) ability to post, and c) center of gravity.

3. Being in a dominant position means, roughly, being in a position where you are somewhat controlling your opponent’s movements with your bodyweight and frame/s.

4. When you can keep your top position without getting swept or submitted, that’s a great start.

5. Learn proper forms of guard passing. Focus on one technique initially, and build your guard passing game on it. You will need to be able to pass on both sides as well.

6. Unless it’s a cartwheel pass or a purely-speed-based pass, almost every guard pass move requires pressure.

7. Generating pressure is about a) distributing your weight properly (i.e. concentrating it on one single point), and b) restricting your opponent’s movements with your positioning (i.e. using your arms and legs).

8. Try doing one arm push up and try to make it as heavy as possible. What would you do? You’d probably stand on your toes and raise your hips. That’s basically how to distribute your bodyweight on a single point. Just replace your arm with your shoulder. In other words, choose one point and make other points of contact (with the ground) nice and light.

9. The key is to keep this pressure constantly, because your opponent is likely to move around. You must have some kind of pressure from the beginning to the end.

10. Timing is important too, of course. Give pressure and get the kind of reaction you want from your opponent. When you know what’s going to happen and when it happens, passing will be much easier.

World Medalist and ADCC Bronze medalist Lachlan Giles shows the body lock passing system he uses to pass any guard.
Six full volumes of content, breaking down this powerful pass step-by-step.
Full of narrated rolling so you can learn how to apply this in real sparring.
Lachlan is a world class coach and competitor, with students like Craig Jones. USE PROMO CODE “BJJEE TO GET 10% OFF. 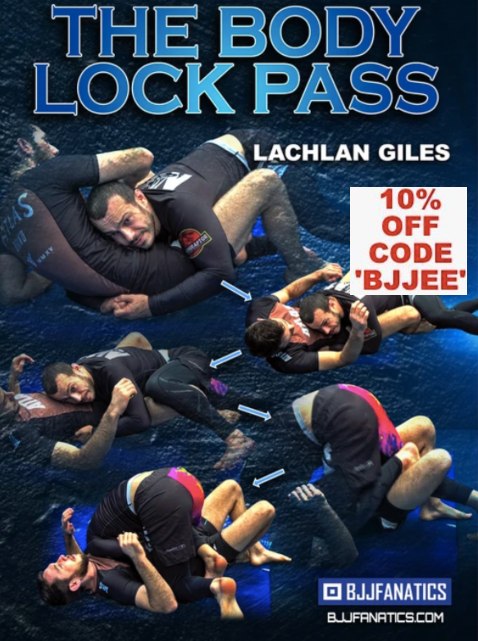