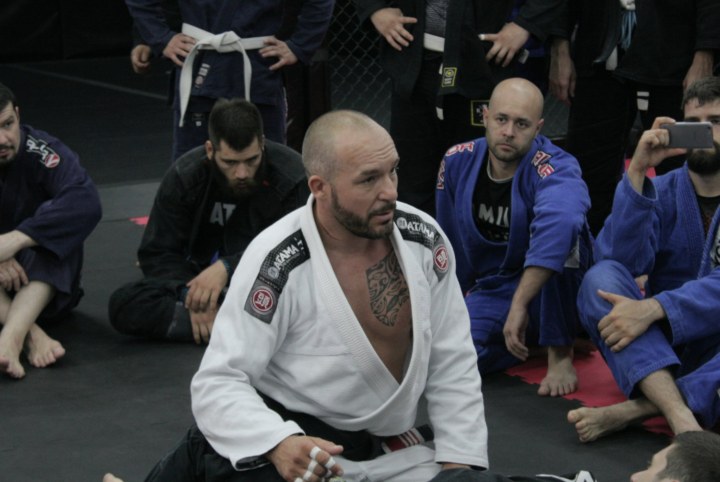 Brazilian Jiu-Jitsu has already proven to be one of the best sports for an all-rounded, full body workout. But in some ways, it is far more important for building life-skills and strong leadership.

What makes BJJ different from other martial arts is its emphasis on the practical rather than the theoretical. Many other martial arts boast ideals of discipline, humility and leadership. But these goals are rarely visible at the academy level. For practitioners of Jiu Jitsu, these are daily goals practiced on the most basic level — the mats on the ground. There’s no escaping humility in Jiu-Jitsu. It’s the one sport in which a weaker, smaller individual can learn to beat someone double their size and weight class. And there’s no magical formula involved. Jiu Jitsu is built on strength and strategy — allowing participants to face opponents that may seem impossible to beat. Good technique along with dedicated and consistent practice are the most valuable tools when competitors hit the mats. It’s not uncommon to see a lightweight woman overwhelm a 200 pound male opponent in a matter of seconds, just by having an excellent BJJ game.

Brazilian Jiu-Jitsu is an individualized sport in which the effort a practitioner puts in, is exactly what they will receive in return. For every jiujiteiro there are days when they just don’t feel like training, but giving the extra push makes all the difference in competition. This is what creates strong discipline among students. Without discipline in BJJ, there is no progress. This is what makes it such a powerful sport, because nothing is handed to you and everything has to be earned.

Leadership in BJJ is acquired with a certain detachment. BJJ students know that to be successful, one cannot dwell on past failures or chaos. Successful students know that they can’t focus on days that feel like your worst at practice. If a BJJ practitioner lets themselves get frustrated and caught up in a negative state of mind, they will end up making poor decisions. So, taking a step back, breathing, and patiently analyzing the situation, rather than freaking out, is what makes a jiujiteiro successful on the mats, and a leader victorious in his or her own battles.

Focus is another attribute connected to success in Jiu Jitsu. Everyone has things going on in their personal lives, and sometimes it may seem impossible to live in the moment. A good grappler knows how to focus, and when to put the world aside to concentrate on training. Any good leader must know when to separate themselves from outside events, to be able to guide others.

Assessing an opponent’s weakness is another strategy that promotes leadership in both Jiu Jitsu and life. In sparring, successful jiujiteiros do not aim for their opponent’s strong points. They attack the most vulnerable parts of the opponent, such as the joints and the neck. When dealing with an opponent who’s good at defense, a jiujiteiro will have to think of ways to distract and trick their partner into a uncalled for submission. In life, think of how to deal with someone who has a big ego. Perhaps attacking them straight on is going to make them even more defensive. The trick may be to massage their ego and work to bring their guard down, so that you can plant your own views of where you want to lead them. This is the idea of indirect warfare and strategy, and they are fundamental elements of Brazilian Jiu-Jitsu.

Teamwork is also key to building leadership both in BJJ and in life. In BJJ, teamwork and good relations with other students and instructors is vital to a good training experience. In turn, this helps build excellent communications skills. After all, participants are mostly on the ground attempting all sorts of dangerous moves on partners who they need to trust quite literally with their lives.

Success in BJJ really amounts to success in life. Training not only helps with focus and discipline, but builds humility, strength and leadership — all of the attributes and skills necessary to be a good leader as well as a well-rounded and compassionate human being.