Can’t Get The Technique Down No Matter How Much You Drill It? Try This 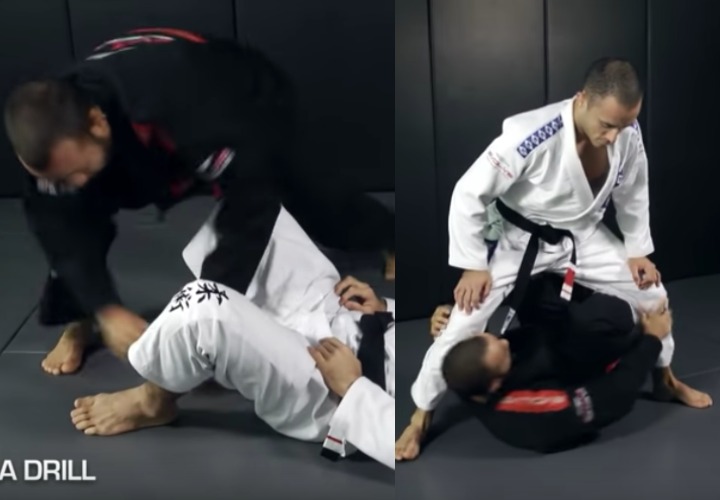 There are various schools of thought on whether or not doing drills works for making progress in BJJ. However, whichever school of thought you lean to, chances are – especially if you’re just a student – that you drill quite often… So it must be making you crazy that some techniques and setups, no matter how much you drill them, you just can’t seem to execute them when you roll!
Let’s see what the causes behind this may be, and what you can do to drill and learn techniques far more successfully than before.

HOW DO YOU DRILL IN THE FIRST PLACE?

First of all, how exactly are you doing these drills? Is it for reps or for time? Practicing a specific technique for an amount of time and then switching to another one is perhaps the most frequent approach to drilling – and the easiest. Just doing the drill for a time period is simple; it doesn’t ask for too much attention from both your coach and from you… Which is precisely why this approach is so ineffective; your brain shuts off and you just go through the motions until the time is up.

If you want to truly commit to the technique you’re going after, then set a goal of doing it for a specific amount of reps. Even if your coach insists on the class doing it for a given time period, just set a number which you want achieve; it will keep you sharp and focused.
But then again, going for too many reps can be counterproductive as well. As Travis Stevens, in one of our BJJEE Podcast episodes said, doing a large number of reps when you drill will cause your brain to shut off in just the same way as doing them in accordance to the stopwatch’ll do. So, keep it at a reasonable number; observe yourself when you drill and see when is it that your attention span starts to lag behind. That’s an approximate number of quality reps you can get in.

TAKE ON THE MENTALITY OF MUHAMMAD ALI

Now, if you want to take it to the next level, you can take on the Muhammad Ali’s mindset of „counting when it starts to hurt“. Namely, this would mean that you’d count only those reps which you’ve executed with as much quality as possible; all other repetitions – the ones which would lack a specific detail in their setup, for example – would be thrown out of the window.
This means that you would have to be very aware of each rep that you’re performing. Of every minute detail and, perhaps even more significantly, of the importance of each repetition. Because remember: it’s the quality of your drills that will make the technique stick. You have to become better; and being as focused as possible on improving with each passing rep will help you greatly in the pursuit of this goal.

STILL CAN’T MAKE IT WORK? SPECIFIC AND LIGHT ROLLING TO THE RESCUE

But what if you still can’t work out a certain technique when you roll – no matter how much quality you invest into your drills? Well, then it’s time to turn to specific and light rolling; where you’ll have an opportunity to practice setting up the technique against an opponent who doesn’t resist too much.
This approach will not just get you mentally ready for hitting the technique in a live roll, but it will also point out to the mistakes you’re making as you go for it – which you’ll then rectify much more easily than it would be the case for when you drill.