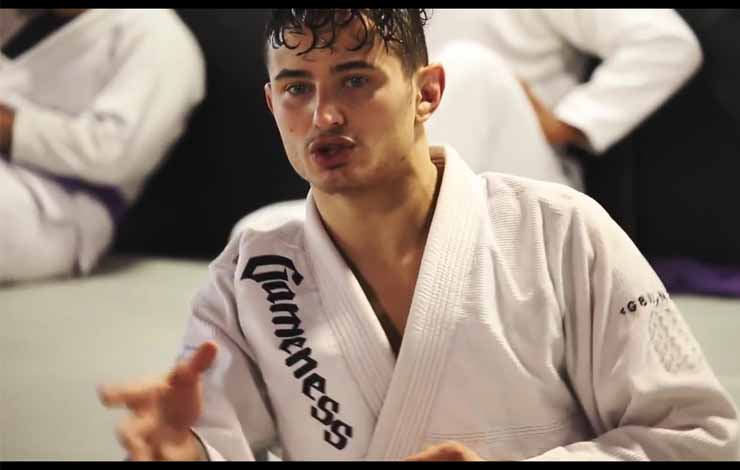 10x IBJJF Black Belt World Champion, Caio Terra is a legend of our sport. The Multiple world champion was promoted to black belt by Reyson Gracie and Paulo Strauch after just 3 years of training and having won everything on the local Brazilian scene. He went to become one of the most dominating fighters in rooster weight history. In addition to all of this, he also overcame bullying with bjj. 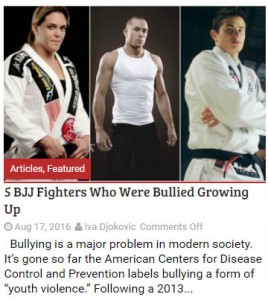 “When I started training Jiu-Jitsu, it was just me and @caioterrabjj in his bedroom, which didn’t even have a bed: only a mattress that he layed over the mats after training.
He was a blue belt at the time and had just left the academy where he used to train because it wasn’t a good environment.
I don’t know where or how he was learning Jiu-Jitsu (there wasn’t even youtube back then) but he would teach me something new everyday.
As he moved up in ranks, more people started coming to our house to train, so we decided to tear down the wall that divided his bedroom from the living room to have more mat space.
That was the beggining of CTA, and nowadays we are one of the fastest growing teams in the world!
People used to laugh at us because we didn’t have an actual black belt teacher.
That didn’t stop him from winning world titles in every belt color, and also to produce world champions from his own apartment.
Two years later, we came to the US and he became a black belt world champion for the first time in 2008.
This happenned merely 5 years after he started training.
What is funny about this is that I witnessed how everyone used to laugh at him for thinking he could make it on his own, and then I witnessed how everyone started looking up to him after he made it.
It would have never happenned had he stopped believing in himself and started believing in others.
How about you? Are you going to let other people tell you what you are capable of or will you control your own destiny?”

This time Caio brought on something special while giving an inspirational speech during the 2016 belt promotion ceremony.

“Never met a black belt that quit jiu-jitsu. All of them do jiu-jitsu today. Because they know how fun it is. they know how it’s the most fun. Fun isn’t me telling you what to do but you figuring it out.”

To listen to the entire speech press play below.