Caio Terra on PED Use in BJJ: ‘The Problem Has Gotten Worse’ 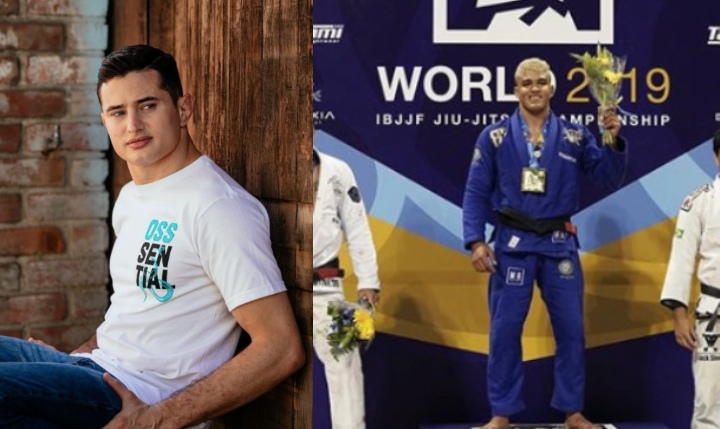 After winning the 2011 Pan championship, Caio Terra became the Pan rooster weight champion after having beaten Bruno Malfacine in the final in a very close fight.

After the final a very happy Caio then revealed that he was the first to get tested for PEDs which is ironic since he was the one lobbying for PED testing in Jiu-Jitsu for the past few years. A total of 10 random black belt medallist comprised of men and women were tested right after their finals.

Caio said: “I’m clean. I don’t even take any supplements. ” & “I hope that sugar is not illegal, because with the amount of candy I eat, I’d have a problem” he joked. He also: “I hope that someone gets caught because someone needs to pay for all those years of people cheating.” “I hope that the future generation will then learn a lesson and not take any steroids.”

10 years later, Caio Terra once again assessed the current state of Jiu-Jitsu and in his opinion there is even more use of PEDs nowadays. He stated on his IG:

“In 2011 I made a speech after winning Pans talking about the use of performance enhancing drugs in jiu jitsu. 10 years later I feel the problem has gotten worse, not better. It’s almost accepted these days, and we are seeing 15 year olds looking bigger, stronger and faster than ever.

USADA testing some of the black belt worlds winners was a step in the right direction but we stopped there. More can and should be done. It’s one thing for adults to make that decision, they are old enough. The problem is that kids look up to adults and this can be dangerous.

You don’t need steroids to win. Your health is more important than any title.”

IBJJF is pleased to support integrity in competition, and to announce it has contracted with the U.S. Anti-Doping Agency (“USADA”) to provide an anti-doping program during the IBJJF World Championships (the “Event”), to be held at the California State University in Long Beach, California, from June 1-5, 2016, a IBJJF sanctioned event. USADA is the independent national anti-doping organization for the United States, and runs the U.S. anti-doping program for the Olympic, Paralympic, Pan-American and Parapan American movements, in accordance with the World Anti-Doping Agency (“WADA”) Code (“Code”). IBJJF has contracted with USADA to demonstrate a commitment to fair, drug-free, and safe competition. Doping of any kind is against the rules of this event, and will not be tolerated. Any violation of the anti-doping rules may result in disqualification and loss of results achieved during the Event, in addition to any consequences that may arise in accordance with USADA’s rules under the WADA Code.