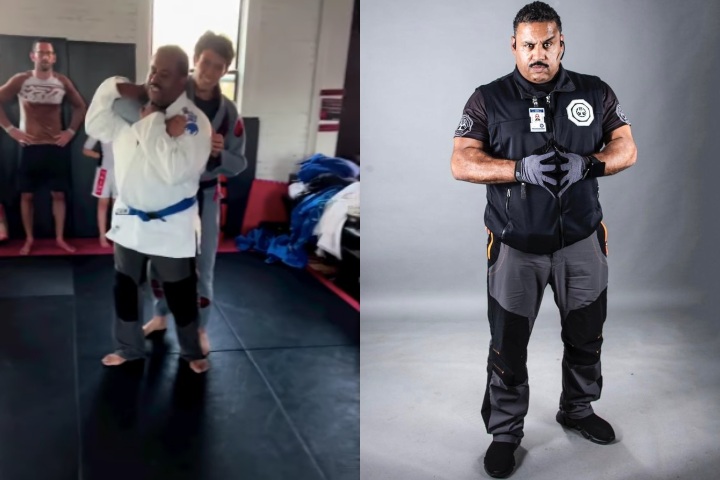 Detroit Urban Survival Training has is led by Dale Brown and has made many BJJ practitioners laugh with some of the doubtful self defense techniques he teaches….

Brown says that he teaches Preventive Threat Management training systems from Detroit Threat Management Center. He describes his style as REAL world training that has been proven in Detroit, and enables police and the public to protect themselves from violent attackers…

Some of his gems:

But who exactly is Dale Brown? Brown and his wife, Mirela, are the founders of the Detroit Urban Survival Training, aka D.U.S.T. In recent months, Brown has emerged as a laughing stock within the MMA community after his self-defense videos blew up on social media.

Dale earned his shodan (black belt) in Shito-ryu and Shorin-ryu karate-do, while also earning rank in a variety of other martial arts.

Renzo Gracie Jersey City Welcomes Detroit Urban Survival Training Into Class. Although he is wearing a blue belt, it is highly unlikely that he is a legit BJJ blue belt: