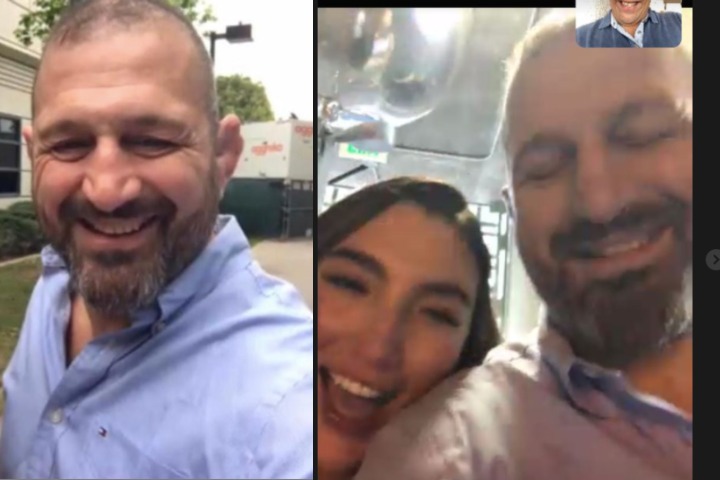 Back on January 20, 2021, Brazilian jiu-jitsu and MMA legend Ralph Gracie was sentenced to six months in prison for having assaulted Flavio Almeida back in December 2018.

Ralph Gracie was yesterday released early from prison according to Renzo Gracie who was this week in Belgrade, Serbia with BJJEE editor Gile Huni.

Renzo told BJJEE that his brother Ralph Gracie had been released from prison after just 3 months. It is still not clear what is the reason of the early release but according to Renzo, he had been a model inmate and had taught Jiu-Jitsu to the prison guards.

Brazilian media have yet to cover the news but Renzo Gracie and many of Ralph Gracie’s students have also shared the news. Pictures of Ralph Gracie as a free man celebrating with his daughter and facetime calling Renzo. 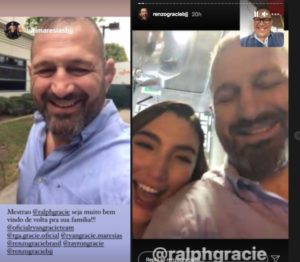 Brazilian news outlet Tatame first reported that a United States court sentenced Ralph Gracie to six months in prison for the assault. Gracie also received three years of probation. He was also fined $50,000, and will have to attend anger-management classes19.

When he was close to 2 months into his sentence, Ralph through a messenger wrote on his official Instagram account detailing how his life was in prison:

“As you may have read, I have been sent on an extended vacation. Time moves slowly in here. Hard to believe it’s been only a month and a half.

The most difficult part so far has been being away from my family, friends and students. I want you to know that I think about you every day, every hour. It’s usually Renzo that has a quote for every occasion. But there is one quote from one of my heroes that I will never forget. Nelson Mandela once said, “A winner is a dreamer who never gives up.” And I refuse to give up.

This has been a real learning experience for me. I spend most of my time thinking and reflecting. Even after this short period of time, this experience has profoundly changed me. I will come out the other end a better man, a better father, a better teacher.

The jail guards treat me well and respectfully. Many even train jiu-jitsu. In fact, they treat all the inmates with respect and dignity. Their job is not easy. They are tested by the inmates daily and they maintain their professionalism through it all. They have my total respect and admiration.

I would also like to express my sincerest gratitude for all the love I have received recently. It has been overwhelming. I read all of your messages. Each note is like a breath of air.

Please keep writing. I would love to hear from all of you. The address is below. There are strict rules: If you write, use only white paper, and do not send any items, not even pictures.

I can’t wait to hear from you. In the meantime, keep up the good fight.

The biggest controversy to hit the Brazilian Jiu Jitsu community in 2019 was the Ralph Gracie incident. For those that are unaware or don’t remember Ralph Gracie assaulted Flavio Almeida at the 2019 No-Gi World Championships.

It left a black eye on the Jiu Jitsu community and is still trying to be resolved in court. We’ll break down why the incident happened and everything that has happened up until this point.

Recap of the incident