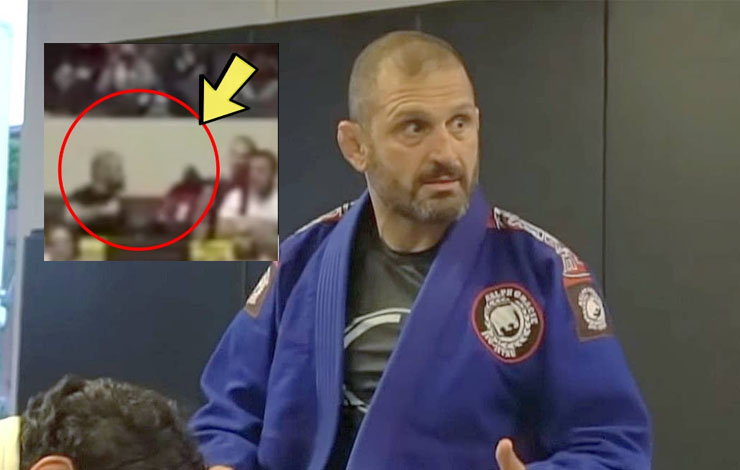 Accused of assaulting Flávio “Cachorrinho” Almeida during the No-Gi World Championship at the end of 2018, in California (USA), Ralph Gracie had to pay bail of US $50 thousand in the United States, on the 20th.

TATAME received the document exclusively. In addition, the black belt had the passport withheld in the country.

In April of this year, Ralph was jailed by US courts. Two months later, Gracie’s student Lincon Pereira was arrested for being involved in the case. On the 16th of September 2019, Ralph traveled to the United States in search of a deal.

According to Gracie Barra attorneys Fernanda Freixinho and Daniel Raizman, Ralph Gracie attempted a verbal agreement to “maintain freedom” in the United States, but the request was not accepted.

“Ralph Gracie presented himself to the American court and an oral request was made by his lawyer to be released without bail due to the assault on Flávio Almeida. The application was denied, however, the bail was set at $ 50,000 and the obligation to surrender his passport to Bond Company, ”the lawyers said in a statement sent to TATAME.

Recap of the facts:

Ralph’s older brother Renzo has been representing his brother in court and was able to downgrade Lincoln Pereira from a Felony to a Misdemeanor.

“My Lawyer, Harley Breite and I flew from NJ to California to defend my brother Ralph. We already had the Co-Defendant Lincoln Pereira downgraded from a Felony to a Misdemeanor and released last month. The District Attorney has 2 Supervisors with him today and tried to prevent my attorney from even speaking and asked for an arrest warrant against Ralph and for the Judge to watch the video. When my lawyer spoke, the Judge denied the Supervisors everything they asked for. The Victim, Flavio Almeida, gave a 20 minute speech calling Ralph a “coward”, “thug” and “terrorist” and said that if Ralph had the courage to fight him that Ralph “knows he wouldn’t last long”. Ralph didn’t have to appear today so it was very easy to say that. But we will return on October 15th to finish Ralph’s case with Ralph in court.