Andre Galvao Has an Easy Way to Open the Closed Guard 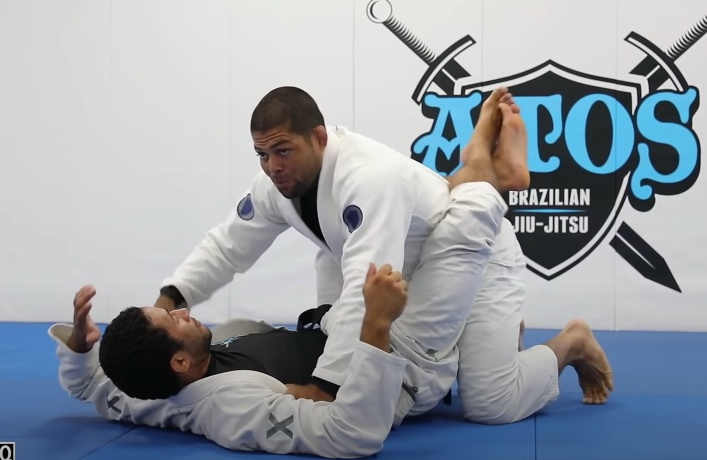 Closed guard is a dangerous place to be in for the one on top. Your opponent has so many options and you, realistically have very few. You either have to open it or force a submission. You need to get out of there ASAP.

Opening the closed guard from the knees can work but mostly on beginners and lower belts.

James Duscio wrote for bjjee about the closed guard:

Watch any of the early UFC’s and you see Royce Gracie submitting people left and right and some of the most memorable tap outs were from closed guard. It made the world realize that a smaller guy on his back was a dangerous threat. You watch a street fight with a BJJ practitioner and the BJJ practitioner almost always submits the opponent from closed guard if a top or back position is not taken.

So how do you counter and escape such a dangerous position more efficiently?

The best way is to stand up.