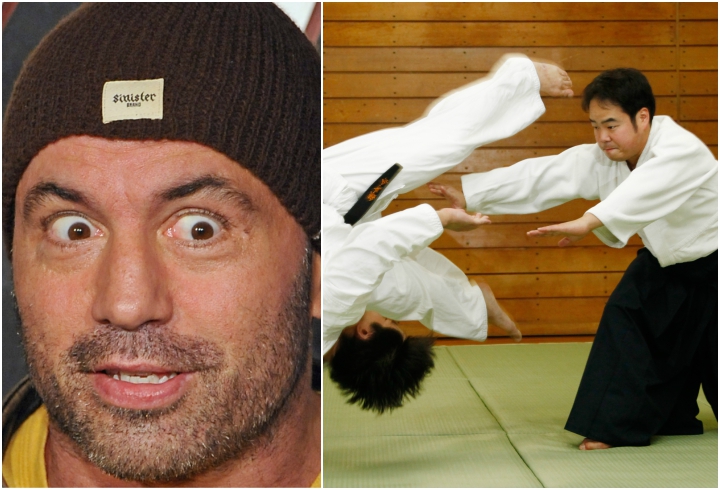 Aikido is often seen by other martial artists as more of a philosophical art instead of an effective martial arts/ combat sport. There are many benefits by physically and psychologically to training aikido which are often overlooked.

Mental benefits and spiritual benefits: Increased relaxation and self awereness. Increased clarity and perceptiveness of the world around you.0

Techniques: Aikido will improve your circular movement by learning how to avoid a frontal attack. You will also learned great wrist locks.

Now let’s look at weaknesses. Many martial artists will argue that Aikido practitioners are not capable of dealing with a striker or grappler, even one with minimal skill.

How will an Aikido practioner deal with an aggressive Wrester or Judoka trying to take them down?

In this video, Aikido instructor Tristan Chermack  his own Aikido based approach to defending and counting what he calls: “rushing grabs, body locks and leg take downs”.

You will notice that he never sprawls or uses any submission to counter a takedown like they do in BJJ with a Kimura against a double leg takedown for example. He instead uses his forearms to block the rusing opponent and moves out.

This should be interesting:

Adam Wheeler is a Olympic Medalist in Greco Roman Wrestling, BJJ black belt and Masters No Gi World Champion. Adam starts with a 2 on 1 where he sets up an unorthodox head and arm control and ultimately snap his opponent down