After Submitting a BJJ Black Belt, GOT’s The Mountain Tries To Grapple with Gunnar Nelson 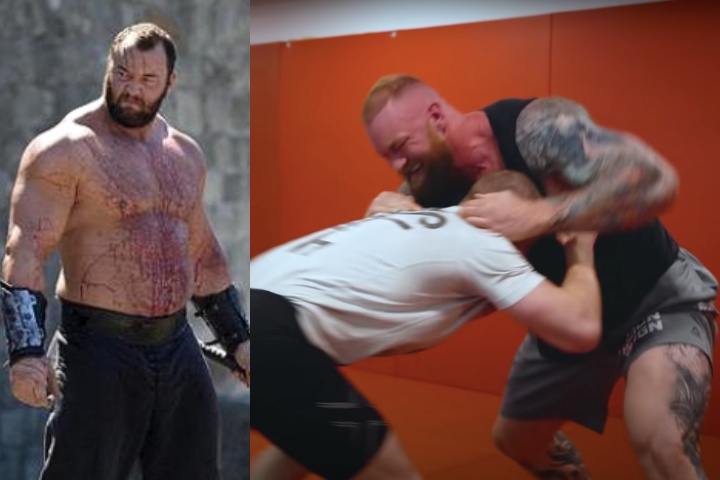 Hafþór Júlíus Björnsson aka Thor is an Icelandic World’s Strongest man world champion and actor. He played Gregor “The Mountain” Clegane in the HBO series Game of Thrones for five seasons. The Mountain is now set to make his debut in boxing against world strongman champion Eddie Hall.

In the past, he trained and rolled with BJJ black belt Josh Palmer. Thor is actually able to pass Palmer’s guard and get the tap with some kind of insane compression. We can just imagine what it mist feel like being stuck under the 6ft9, 440lbs Strongan:

GOT’s The Mountain Takes on BJJ Black Belt & Submits Him 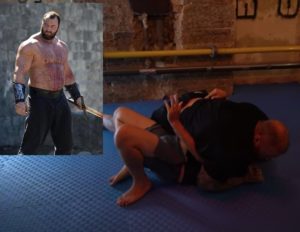 In this video, he tries to test himself by grappling with UFC fighter and high level BJJ black belt Gunnar Nelson.