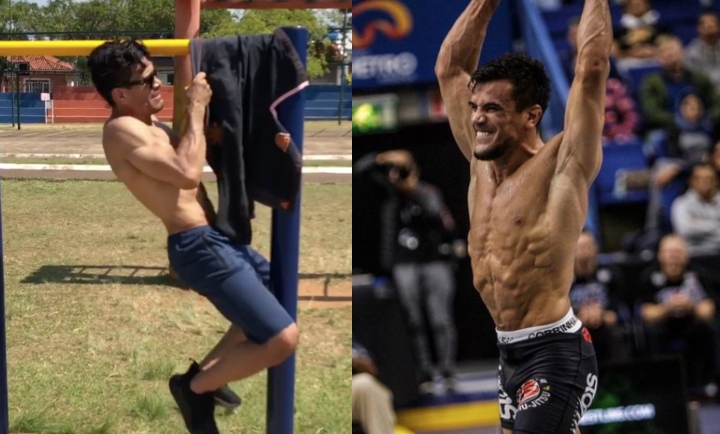 Rubens Charles Cobrinha (41) is one of the most decorated grapplers active on the scene today. Cobrinha is also famous for the late start he’s gotten in the bjj world – he didn’t start bjj until he was 21. Although it’s worth mentioning he’s been doing capoeira for a number of years since early childhood.

Cobrinha is an inspiration, at 41 years old, keeps going and keeps winning against the young guns. He is a 5x IBJJF World Jiu Jitsu Champion as well as a 3x ADCC champion.

He hasn’t stopped yet.

Further more Cobrinha has successfully competed at the highest level with out his mature age playing a factor, Cobrinha talks about how much does age really play a role when competing at the that level and why he is still so successful. 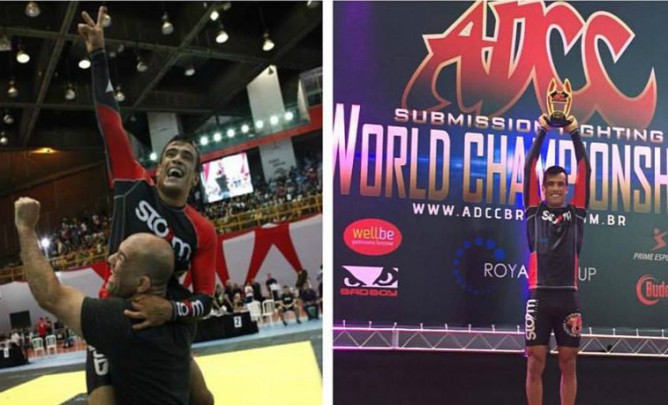 Cobrinha was asked how much was age a factor when competing at the highest level:

“I think people sometimes they think if you are thirty years old,thirty two, whatever forty, I mean you’re old I and my point of view, my philosophy is that it is very simple. I want to make sure that you know it’s clear that I take care of my body, I live very healthy, eat healthy food.

That gives me a legacy, gives me an advantage on those competitors who I know some of them, they don’t take care of their body and when they get older, like 30, 32, 40 I mean they won’t be able to keep on going. So for me I’m 41 but I feel like I’m 21 years old. That’s my mentality. That’s the way I feel like. About my body, I don’t have a lot of injuries, I take care of my body, stretch everyday so I live in this beautiful Jiu-Jitsu lifestyle which is what we sell: this health and lifestyle.”

Bjjcampmalta With Cobrinha from the 6 September to 11 September
https://www.bjjcampmalta.com/
Enter the “BJJEE”code to get a FREE SEKAI GI at the checkout

Travel to a paradisiacal island for 6 days

Get 12 sessions with the featherweight Goat (Gi and Nogi)

Boat trip included
ALL OF THIS FOR ONLY €600 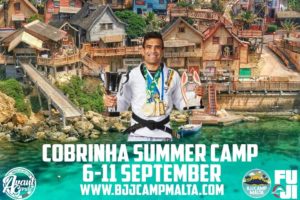 Don’t miss this opportunity of a lifetime, SPOTS ARE LIMITED to 60 Participants

Recent edition of Legendary covers Cobrinha’s origin story and just how he came to be so successful. What you might not know about Cobrinha is that he went to school to be a chef in order to operate and ultimately get his own bakery. This is a very important thing because sticking to the recipe is something he recommends in all areas of life including bjj:

“I became one of the best chefs in my town.. .From there I learned a good system in the bakery which I applied to jiu jitsu and my whole life. Everything has to be a recipe. You find a recipe, you create a recipe – Stick with it! Don’t change it too much. We don’t modify the recipe too much, we measure every single ingredient there and… it’s a system. That’s something I learned over there and applied to my whole life. “

And what often hinders people is tinkering too much:

“When people have a recipe what they want to do, before they master it – they want to change everything. No. It’s not going to work. “

Build Your Body For Grappling With Rubens “Cobrinha” Charles’s Guide To His Capoeira-Inspired CapoFit Workout System. 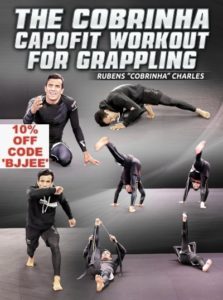