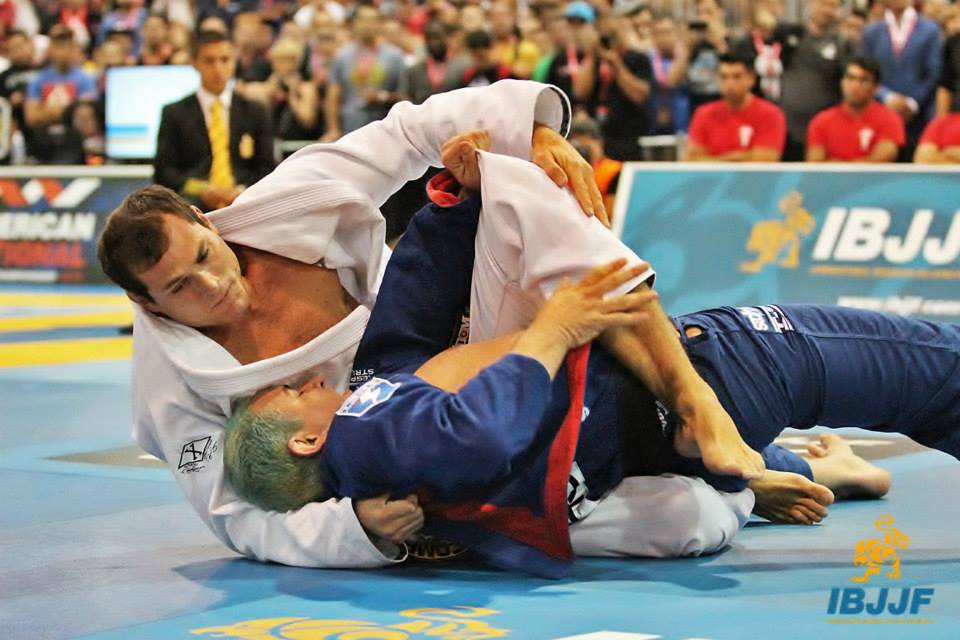 Last Friday, Roger Gracie’s had his first Gi BJJ match since his one time superfight with Buchecha at Metamoris in 2012. He hasn’t been active in the Gi since 2010 when he last won double gold at the worlds and left to focus on his MMA career. Despite the downtime and the early takedown conceded early in the match, he looked great against Comprido and had an amazing sweepo from closed guard to mount and finished with an armbar.

The sweep he did was a very basic technique from closed guard. When done perfectly, it’s very hard to counter.

Check out Jeremy Arel breaking down the technique.

In this video I show one of my favorite sweeps the Pocket Sweep. There are a lot of different entries into this sweep but the most important thing is passing the arm across your center line.

The easiest way to do this is to take control of that arm and either move your hips across or by simply using brute force and passing it in front of your chest. Normally I use a combination of the two things to get maximum efficiency.

Once you get the arm across the center line it is very important to control low across the back. The positioning for the arm control varies depending on the size of your opponent but the main job of that arm is to prevent your opponent from repummeling or regaining the underhook.

Once you have that hand trapped it is important to move the hips. In the video I show both controlling the outside of the leg and then later I dont control the leg and just move the hips. Honestly it doesn’t matter as long as you make the motion about moving the hips UNDER your opponent.

If you have good control of your opponents back and you move under then it should be a fairly easy sweep. It may be required to switch your hips and lift on your opponents leg to finish the sweep. This should feel natural and intuitive (unlike so many things in BJJ).

Check out the Superfight and sweep: