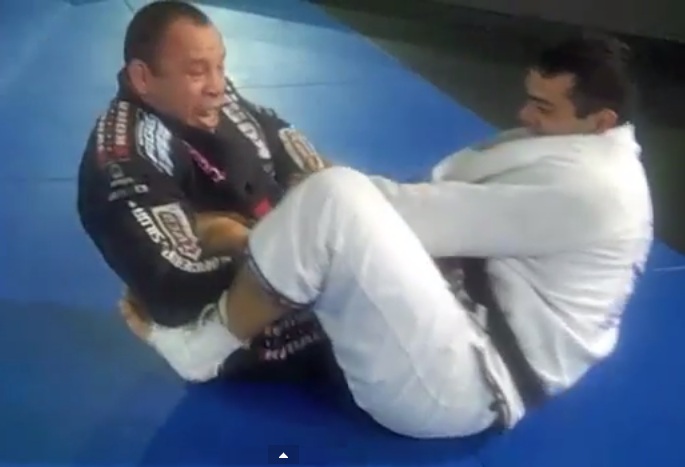 Watch the rare Jiu-Jitsu roll between Wanderlei Silva and Vitor Vianna in the Gi.

Most dominating women’s BJJ champion of all time, Gabi Garcia rolling with Wanderlei Silva and the other cast members, during her guest appearance in TUF Brazil.