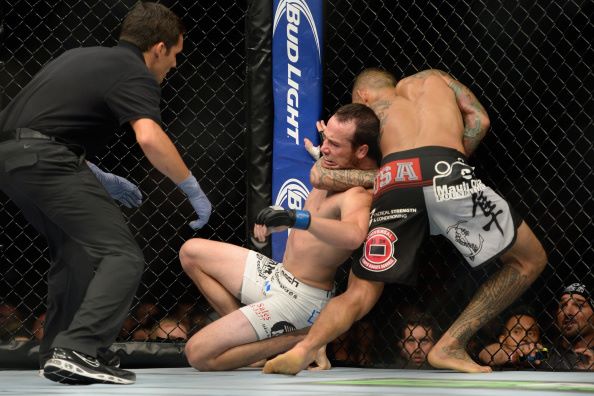 Yancy Medeiros is a UFC fighter from Wai’anae, Hawaii.

Medeiros is of Hawaiian, Portuguese and Filipino descent, known ‘Hapa Filipino’. Medeiros started off his career fighting at light heavyweight. He then moved down to middleweight and eventually made his lightweight debut at UFC 159. Medeiros credits the Diaz Brothers, Nick Diaz and Nate Diaz, for changing his diet and work ethic which allowed him to lose weight and move down in weight classes.

Yanncy Medeiros got the UFC 177 pay-per-view card started the right way with a nasty reverse guillotine choke aka reverse bulldog choke to put away previously undefeated prospect Damon Jackson in the second round of their lightweight fight.

Medeiros may have earned a ‘Performance of the Night’ with that creative and devastating submission to get his win.