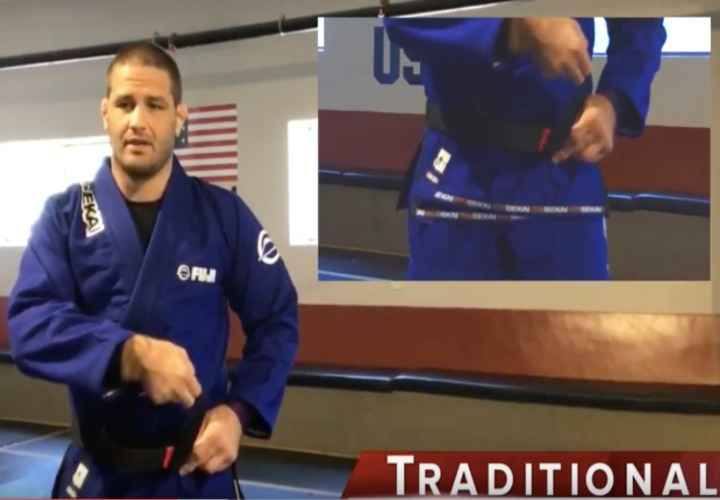 There are a lot of ways you can tie your belt in BJJ.There are countless ways to tie your belt from the superlock (never comes undone) to the standard to the old school Gracie way.

Whether you’re a white belt starting out for the first time or you’re just looking for a change. Travis Stevens shows the top 5 picks for ways you can tie your Jiu-Jitsu or Judo belt.

Travis Stevens U.S.A Judo Olympian and Olympic silver medalist went through all the BJJ Belts under John Danaher in 18 Months! He was promoted in 2013. He Held the rank of Brown For a Year and competed at Copa Podio, BJJ expo tournament. White-Blue in weeks. Then blue-purple in a month then purple-brown in a few months!