The Easiest Takedown For BJJ Players by Bernardo Faria 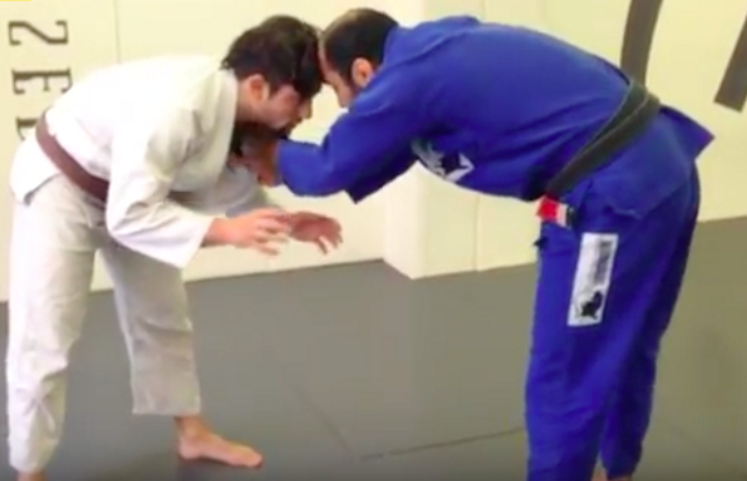 Takedowns can be a tough task for BJJ players. Especially, when we don’t have any standing background, like wrestling or Judo. I have been doing BJJ for 16 years, but I never had any standing background. Around 2 years ago I started doing Wrestling, and in Brazil I did some Judo, but nothing consistent. Nothing that would make me  feel comfortable when I am standing.

In this case, I would suggest always to search for the easiest takedowns,  a style of takedown that matches with our BJJ style.

The “Lapel Drag” is a good example of what I am talking about. I see the Lapel Drag happening all the time in the tournaments. It is very common to see BJJ athletes with little ability standing up to get takedowns against Judo and Wrestling players because they are not used to the lapel style takedown. Remember, wrestlers are not used to grappling wearing the Gi or making use of lapels, and Judoka’s are not used to takedowns that involve attacking the legs. Not too long ago, all leg attacks were banned from Judo.

In the video below, I show the takedown that I believe to be the easiest takedown for BJJ players. Because it uses the lapel it is very efficient for the BJJ player to use against all types of opponents from different standup backgrounds.

I hope you guys enjoy it.