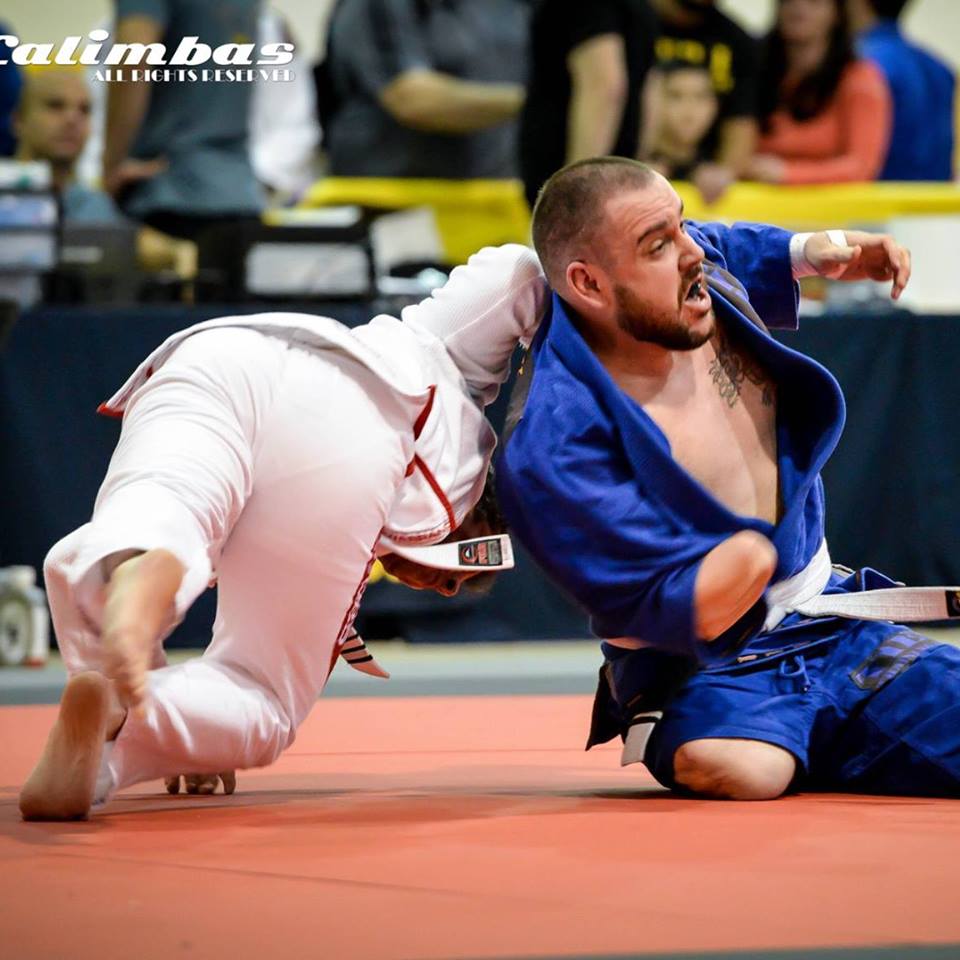 In 2004, Joey Bozik lost both legs and one arm in Irak as his vehicle rolled over an explosive.

Joey now lives in Texas with his wife Jayme, with their daughter Violet and son Asher.

Bozik discovered Jiu-Jitsu, when he brought his daughter to training at Tier 1 in McKinney, Texas. He met coach Alan Shebaro, also a veteran, who convinced Bozik of trying out Jiu-Jitsu. 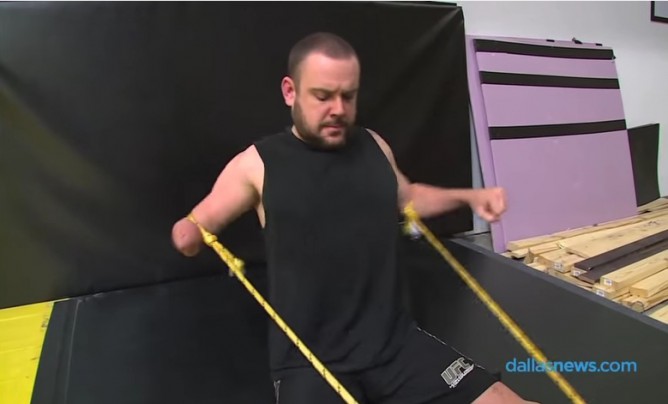 “Alan asked me if I would be interested in self-defense and BJJ,” Bozik said. “It was just to be able to protect my family.”

The training was intense, made more so by the fact of Bozik’s injuries.

Bozik, however, stuck with it. He was relentless in his training and, eventually, was ready for tournament-level performance.

“It was that Rudy moment,” said his wife, Jayme of Bozik’s first tournament. “It was amazing. It was one of the most inspirational moments I have ever witnessed.”

In addition to the thrill of competition, he works so hard at jiu-jitsu to give his children, and others, hope.

“Don’t put yourself out of it before you get into it,” he said. “Never give up. There’s always a way if you’re willing to try.”