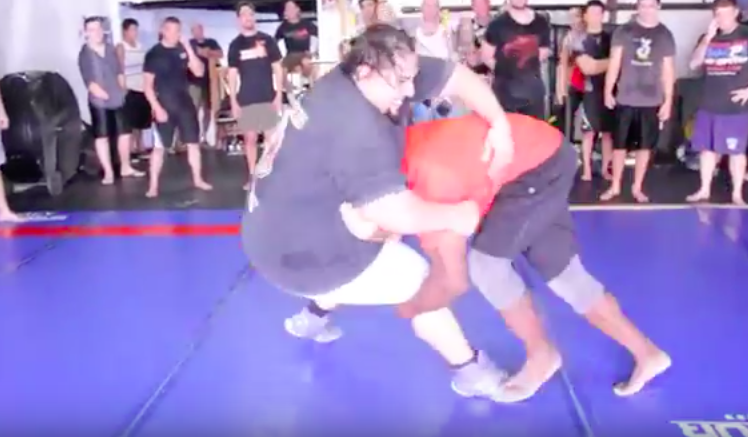 Former UFC heavyweight champion Kevin Randleman died on February 11, 2016 due to heart failure after being admitted to the hospital with pneumonia. He was 44 years old.

He was a former UFC Heavyweight Champion. Randleman’s background was in collegiate wrestling, and he competed in the heavyweight and light heavyweight classes. Randleman had fought in the UFC, PRIDE, WVR, and Strikeforce. He was previously associated with Mark Coleman’s Team Hammer House, before training at Randy Couture’s gym in Las Vegas, Nevada.

Randleman went to wrestle Ohio State University. His redshirt freshman year he had a string of 42 victories and a first place finish in the Big Ten Tournament, earned All-American status, and dominated in the NCAA tournament, before losing in the tournament final. Randleman then went undefeated during his sophomore year, and won the NCAA tournament. Randleman again won the NCAA tournament in his junior year, despite having his jaw dislocated during the actual tournament. Despite having some of the most amazing three years in the history of collegiate wrestling, including owning the third best winning percentage in Ohio State wrestling history, Randleman became ineligible to wrestle his senior year because of academic issues.

Kevin Randleman came to City of Champions Gym in San Diego in 2012. He entertained everyone with his charm, funny stories, and how to shoot a double-leg takedown. These were some highlights.