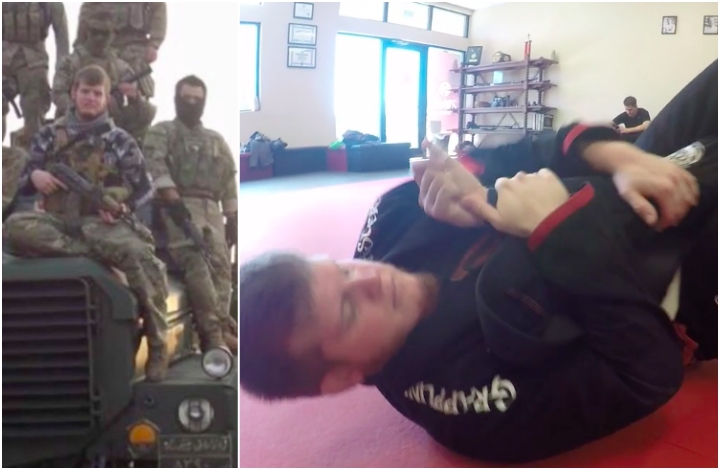 63 Year Old Brazilian Jiu Jitsu Artist at Grappling Mastery, Tom Benitez recently put his skills in photography and his passion for BJJ together to create this enlightening piece on Brazilian Jiu Jitsu and how it can help Veterans overcome or deal with PTSD and other issues. This is part 1 in a 3 part series.

Ted “Doc” Kendall, a veteran combat medic for the United States Navy, recently discovered that Jiu Jitsu is an effective and life-changing therapy to help him deal with the PTSD he incurred from an IED attack in Iraq. Kendall has been training at Grappling Mastery, in Mount Dora, Florida, where he often attends multiple classes a day. The martial art gives him a much-needed outlet for his depression, anger, and frustration.

According to the U.S. Department of Veterans Affairs, 11-20% of veterans who served in Operations Iraqi Freedom and Enduring Freedom suffer from Post-Traumatic Stress Disorder. As a result, many veterans experience nightmares, flashbacks, and survivor’s guilt, along with a host of other symptoms. Veterans often have difficulty re-adjusting to civilian life after they are discharged. A report released in 2013 estimates that 22 veterans commit suicide per day.