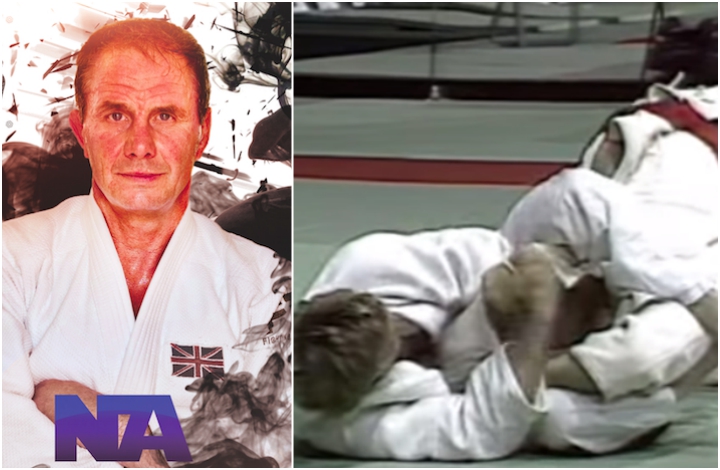 Neil Adams MBE is an English judoka who won numerous Olympic and World Championship medals in judo representing Great Britain. Adams was the first British male to win a World title, and the first British male to simultaneously hold a world title and a European title. Other achievements include a gold medal at the 1981 World Judo Championships in Maastricht, the Netherlands, plus silver medals in the 1980 and 1984 Summer Olympic Games and the 1983 Judo World Championships. Adams was also five-time European Champion. On 20 September 2008 he was promoted to 8th Dan at the age of 49. He is known for his ground game (ne waza) and his armbar.

Adams has released a new series of Judo instructional entitled ‘Essential Judo‘ and in an exclusive article for BJJEE.com, broke down his famous Juji Gatame armlock that won him the World Championship.

My favourite arm lock or Juji Gatame as it is known in Judo is one of the techniques that helped me to win the World Judo Championship. You can watch me in action in the final on this clip.

Over the years I have used the armlock many times to ensure I was victorious in high level competitions.

The result is that I get asked all the time by students “How can I make my armlock more effective?” and in this article I will give you 6 ways to make sure you get those tap outs whenever you go for this armlock. 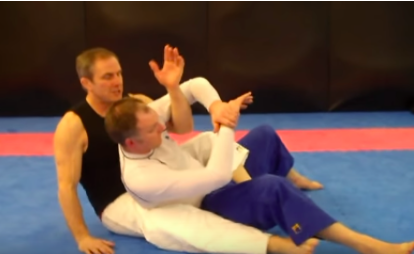 Perhaps the catch is the most important aspect of the armlock because if you don’t manage to get the arm then you won’t be able to get the technique at all.

In essence the catch is about hunting the body part you are attacking and in this case it is the arm. Catch the arm at the elbow to get the best results.

This is where most players go wrong. It is critical that you apply pressure to the arm to ensure the success of the technique. When applying an armlock a lot of people sit up to get the arm out and it is at this time that most Juji Gatames are lost.

It is important to sit back, and to get the arm out you need to put pressure on the arm and elbow as you do this. 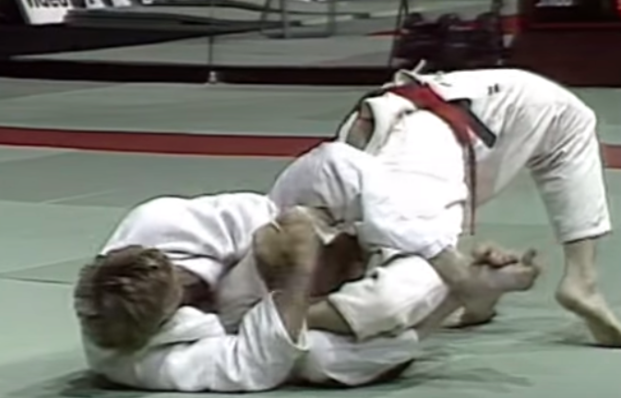 If we are applying the arm lock from all fours as in my Juji roll you need to understand this key concept:

In other words it is not about rolling the person and then applying the armlock which is where so many people go wrong.

In all the books you have read you cannot see the pressure on the arm that is going on. To make your Juji better you need to maintain pressure on the head with the back of the leg and attacking that arm all the time..

When you hunt for the arm, an issue is that people hook too deeply or not deep enough. What then happens is that the opponent then closes up the armpit and shuts your Juji down.

If you are doing a roll or a double lapel turn you need to become better at turning your hips. Body positioning and re-adjustment of the hips are essential for correct positioning of the body and applying pressure throughout the movement.

In the case of the double lapel turn you must turn your hips so you can get the leg over the head: show video

It is very difficult to do any kind of roll at all unless you turn your hips and body.

6 Re Adjusting Your Balance

In any technique be it standing or on the ground you need to re adjust your balance.

With the Juji roll if you do not adjust your balance you will simply not be able to finish the technique off.

I have noticed that BJJ players tend to be much better at adjusting their balance with ground fighting because they have more time in practice and competition which gives them the time to gather their thoughts and game plan and assess where their balance needs to be.

Judoka do not have as long on the ground to catch and develop the technique and so need to learn to adjust their balance far quicker so that they have more chance of catching the arm lock.This also means that the transition from a throwing situation into a groundwork position needs to be quicker and be well drilled.

If you start to apply all of these 6 factors to your armlock training you will soon start to achieve greater success.