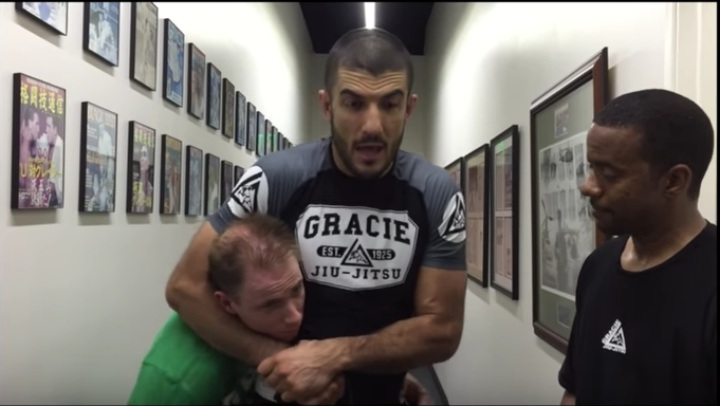 Aaron Estrada is a blue belt student at the Gracie Academy. When he entered a classroom and saw two students locked up in a street fight headlock, he quickly employed a very clever technique to break them apart. Even Rener Gracie, a third degree black belt, was blown away by the alavanca application! Enjoy!

That feeling you get when a blue belt teaches you something spectacular! https://t.co/i3HBxELKZs