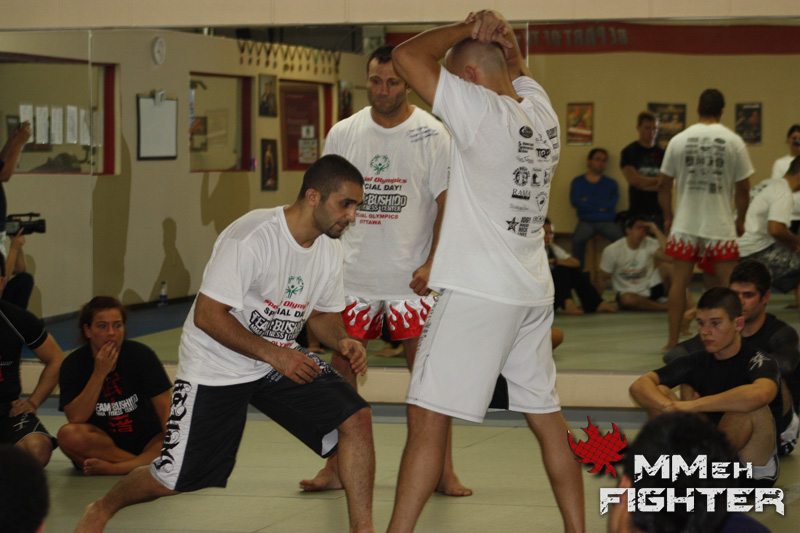 Firas Zahabi, coach of GSP and owner of head coach of Tristar gym:

“In the Streets Mixed Martial Arts in my opinion is your number one option for self defense. However, some people don’t have the time to dedicated themselves to multiple arts and desire to focus on one art at a time. In this case I highly recommend you start of with Brazilian Jiu-Jitsu. Jiu-Jitsu is in my opinion the best way to defend yourself in the street if you can only choose one martial art.

In short I recommend you start with BJJ as the core of you selfdefense program and then from there select another “functional” art as described in this video.”

When it comes to self defense, ex-Navy Seal commander and BJJ black belt Jocko Willink is a realist and he outlines that the number one option when faced with an attacker, is to do the smart thing and run away:

Now, some people might think: “Well, Jocko, I don’t want to run away if somebody wants to fight me. I want to fight them.” Well, let’s think about where that might end up for you. No. 1: You don’t know if this person has a weapon or not. What if they have a knife? What if they have a pistol? What if they’ve got three or four friends? And now you’re getting either shot, stabbed, mutilated, or otherwise maimed and killed. That’s not what you’re looking for on a Friday night as you’re walking down the street.”