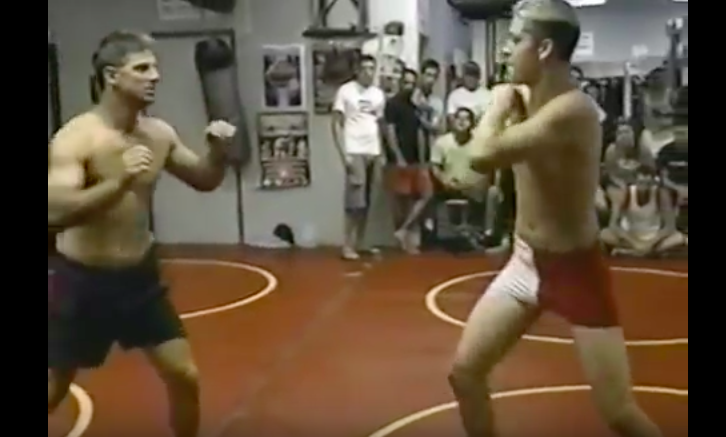 Check out this unsanctioned Vale Tudo fight from 2002 with Nate Diaz still in his teens fighting a grown man.

Nate and his older brother Nick started their career fighting in these underground events which also featured Karo Parysian, and Sean Sherk. 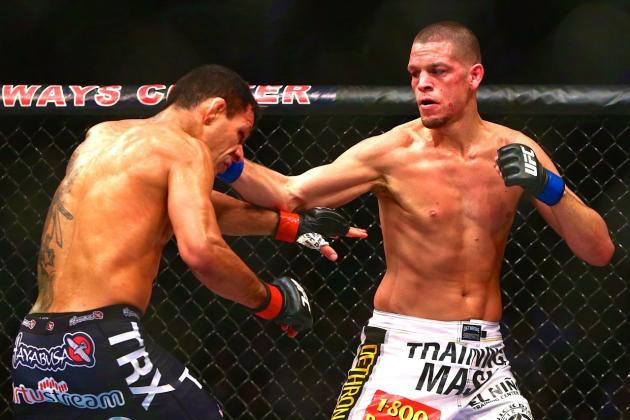 Nate Diaz, is an American mixed martial artist currently competing for the UFC in the lightweight division and the winner of The Ultimate Fighter 5. He is the younger brother of mixed martial artist and former Strikeforce Welterweight Champion and WEC Welterweight Champion Nick Diaz. In addition to the UFC, Diaz has competed in the WEC, Strikeforce, and Pancrase in Japan.