Felipe Costa: How To Go From Being a Regular BJJ Practitioner to an Expert Competitor 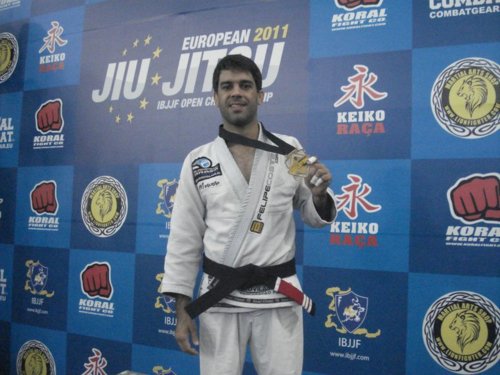 Felipe Costa is a BJJ World Champion who is loved by almost everyone in the Jiu Jitsu community, and a competitor who won his first gold medal at the World Championships in 2003.

The reason? By his own words – he did not win any „major“ tournaments until he was a black belt! Felipe never backed down and continued training hard, winning multiple titles and gaining a big following of students. He was more than enthusiastic to share with you – our readers – on how he achieved this:

“I was completely unknown and the last person people would bet on to win in many tournaments and, even more so, the Worlds. But, what I believe to be the reason behind my success as a black belt has a deep relation to the answer I gave previously about ego and the way I carry myself.

I was never a gold medalist in the colored belts at IBJJF; the best I did growing up was conquering minor tournaments that were not impressive at all. But still, I was super proud of them.
I lost so many times and in all kinds of different situations that you can imagine. It’s not even a joke – think of a way to lose a fight. What came to your mind? Yep, I have lost that way. That is how confident I am of my losses. (Laughs)

Of course, I would love to have won everything possible on the colored belt, but I didn’t. Most people would have given up before their black belt. I didn’t stop because I enjoyed the training process and getting ready for a challenge, more than anything. Winning or losing will always only be the side consequences.
I have won a gold medal in ALL major gi tournaments of the World as a black belt, but even that didn’t come easily. When I speak about my results, people think I was winning gold after gold instantly after I got promoted to the black belt, but the truth is that I failed many times as well. But that is what made me into who I am today.”

In this amazing documentary Black Belt World Champion Felipe Costa shows how it is possible to go from being a regular BJJ fighter to an expert competitor.