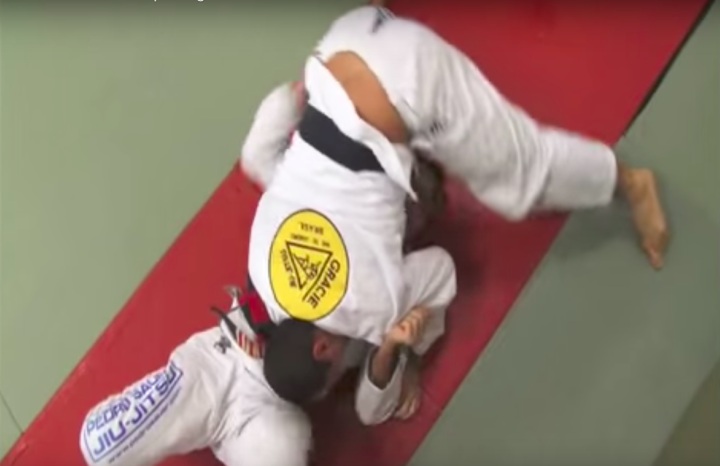 A rolling session happened, between coral belts and friends Royler Gracie and Pedro Sauer, a few years ago in Brazil at the Gracie Humaita Academy. These are two of the most respected instructors in Jiu-Jitsu going at it.

As son to the late Grandmaster, Helio Gracie and brother of Rickson and Royce Gracie, Royler is a member of the Gracie family.

Prior to his retirement, Royler competed in the black-belt ranks for 20+ years. Royler is also a four-time World Jiu-Jitsu Champion in the Pena/Featherweight Black Belt Category and has placed in the Absolute Division. 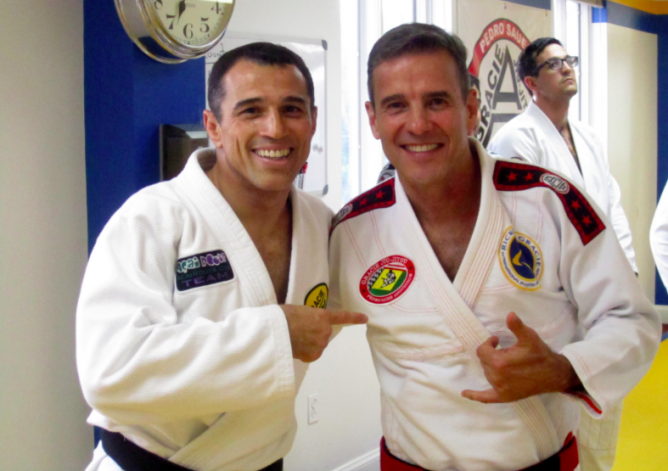 Pedro Sauer earned his Black Belt from Helio and Rickson Gracie in 1985. Long recognized for the superior technical efficiency of his jiu-jitsu, he then began his career as an instructor in 1986. Pedro Sauer is one of the pioneers of Jiu-Jitsu in the United States having moved there in the early 1990’s. In 2005 he was voted by an online poll as the Best BJJ Instructor in the world.