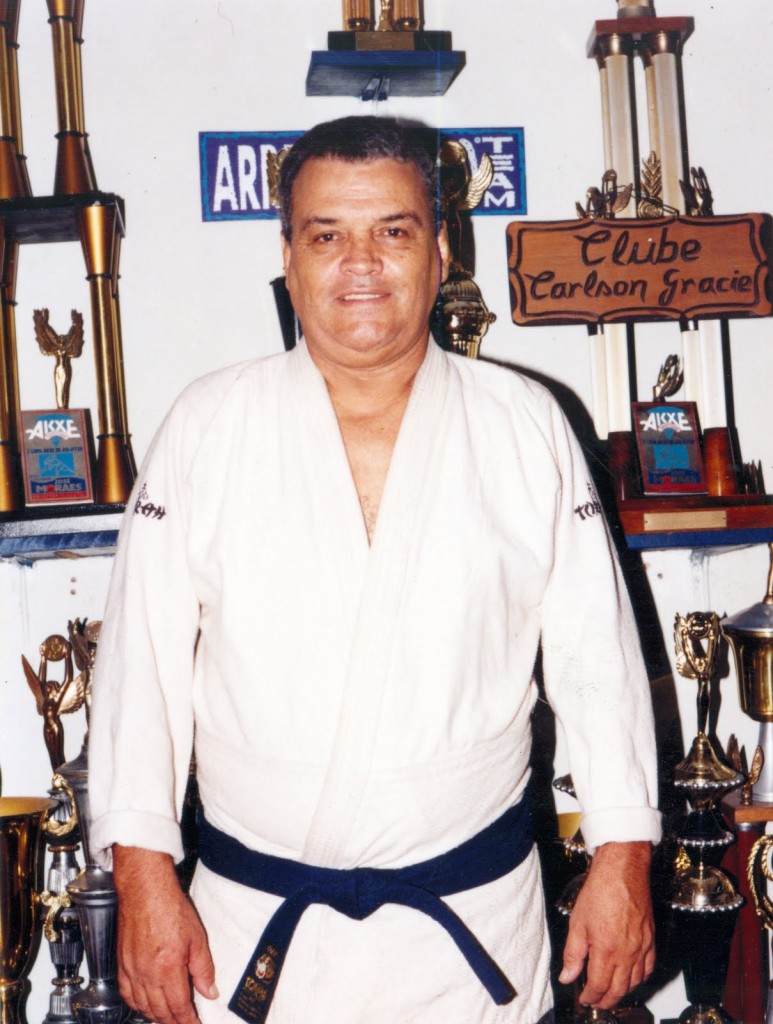 allthingsBJJ.com teamed up again with MoyaBrand to present our tribute to one of the most influential Grandmasters of Brazilian Jiu Jitsu in current history.

February 1st is the 7th anniversary of Carlson Gracie Sr.’s Passing. The martial art, sport and hobby we love may be very different or maybe we would all be doing something different if it wasn’t for Carlson. Carlson was the family champion and avenged several losses for the family that would have otherwise cast a shadow on Brazilian Jiu Jitsu early on in Brazil.

From 2001 up until his passing in 2006, he called Chicago, Illinois his home. It is pretty well understood that most any homegrown black belt in Chicago has some ties to Carlson.

His Jiu Jitsu accomplishments are well documented, but sometimes what is overshadowed is what was most unique, special, and noteworthy in his life: how he carried himself in the warrior spirit, and his genuine kindness for everyone he met.

We spent months criss-crossing Illinois and Indiana tracking down those who were fortunate enough to share the last chapter of Carlson’s life with him. What we found was that everyone had the same thing to say about Carlson… he was tough and very opinionated, but yet friendly, caring, simple, humble, and energetic. In the words of his own son Carlson Gracie Jr., “He’d give his soul to help people.”

We hope this special project serves as a small token of our appreciation for everything that Master Carlson Gracie Sr. has done for the world of Brazilian Jiu Jitsu.