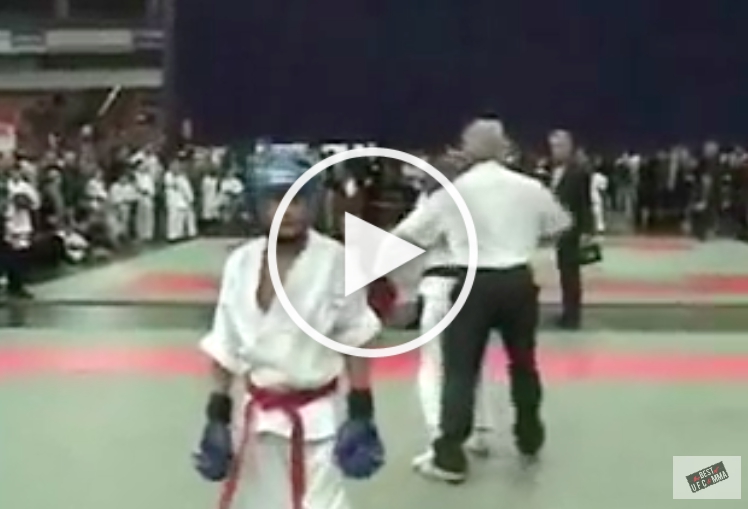 Sage Northcutt (7-0 MMA, 2-0 UFC) is the UFC’s hottest prospect. There is huge hype surrounding this 19 year karate fighter as his style is so exciting, and he looks very well rounded.

He is good looking and has modeled professionally since he was a kid, and has dabbled in acting.
UFC President Dana White discovered Northcutt while scouting talent at a Legacy Fighting Championship a few months back.

Northcutt, 19, is the youngest active fighter on the UFC roster. He is 7-0 in MMA all with impressive finishes.
He is a multiple times world champion in Karate, has wrestled in High School, and trains now in BJJ. 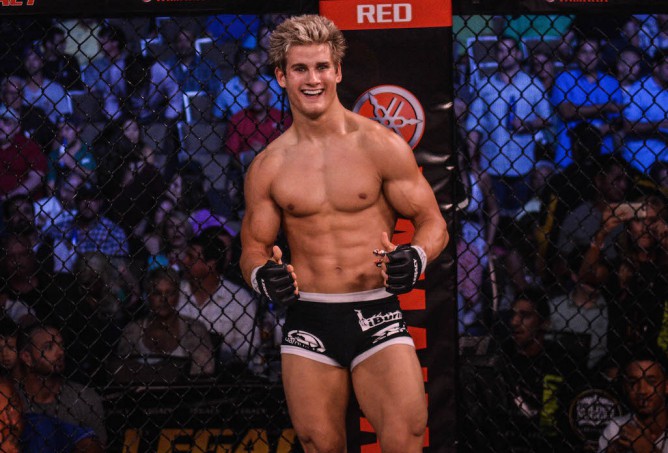 Northcutt made his UFC debut back in October of 2015. He knocked out Francisco Trevino in just 57 seconds of the first round. He then defeated Cody Pfister at UFC Fight Night 80, by way of guillotine.

His next fight will be against Andrew Holbrook at UFC on FOX 18, on Jan. 30.

In this video below you can see a young Sage Northcutt knockout a Russian opponent with an explosive spinning back kick.

Northcutt began training martial arts at the age of 4 and competed all over the world from a young age. His father, Mark, is a black belt in karate, and his older sister, Colbey, is an amateur kickboxing champion. Sage has won a total of 77 world championships in karate. At the age of 9, Northcutt became the youngest person ever to be on the cover of Sport Karate Magazine. He is also an undefeated kickboxer, with his record standing at 15–0. Additionally, despite only being on the Katy High School varsity wrestling team for two months, Northcutt finished fifth in the state in his weight class (170 lbs). Sage was inducted into the Black Belt Magazine Hall of Fame in 2012. He is a purple belt in BJJ and has competed in Gi and No Gi competitions.