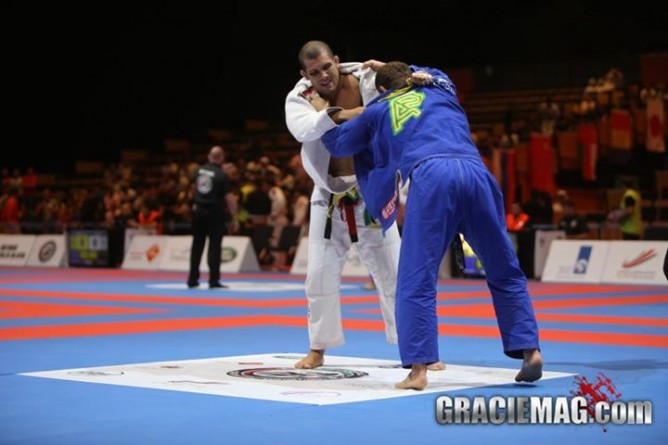 Rodolfo Vieira is an elite blackbelt competing in the pesado division. Coming up slightly earlier than Leandro Lo, he is also a BJJ sensation, with many unique aspects to his game. In particular his take downs and passing techniques are stand outs and will the subject of several studies. To see part 1 of Rodolfo’s Takedown game click here.

Rodolfo is one of the very few BJJ players with a good understanding of judo. He doesn’t just try to get lucky with throw, but he has a plan. His footwork and throw selection shows a good grounding in the fundamentals of human balance and the principles of judo. For the full study on Rodolfo’s takedown game go to BJJ Scout