25 Years Ago: Judo Against Wrestling in a Grappling Match 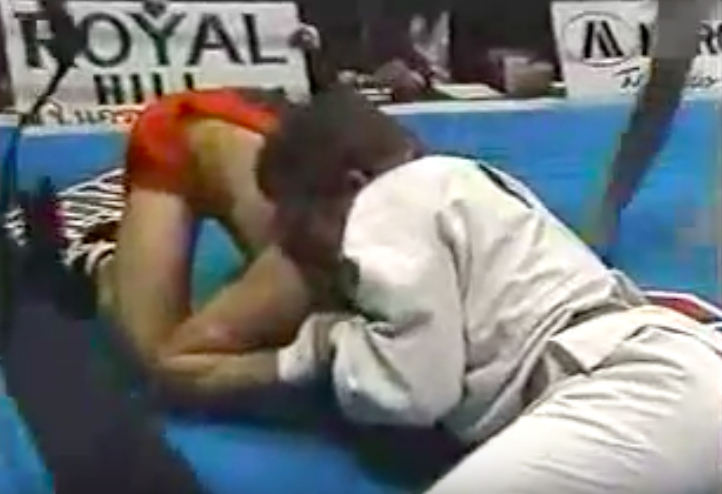 A freestyle wrestler and a judoka in a grappling style vs style event from 1995. This happened at the“ACE World Series of Martial Arts” promoted by Dale Cook.

Famous MMA fighter Frank ‘Twinkle Toes’ Trigg who was a title challenger in the UFC was an accomplished collegiate wrestler at the University of Oklahoma. He faced Judoka Bill Simpson. Not much is known about Simpson other than that he had a black belt in Judo.

Trigg ended up losing the match as he lunged in a for a double leg takedown early on and Simpson sprawled back and caught him in aright choke eventually putting him to sleep.

Trigg started training in judo right about the same in 1995 under Patrick Burris, a two-time Judo Olympian, eventually earning his black belt in Judo. It’s possible that the humbling experience opened his eyes to submissions which do not exist in Wrestling. Trigg went on to have a highly respectable MMA career which he started two year later.