2 Ways To Escape a Tight Body Triangle by Kurt Osiander 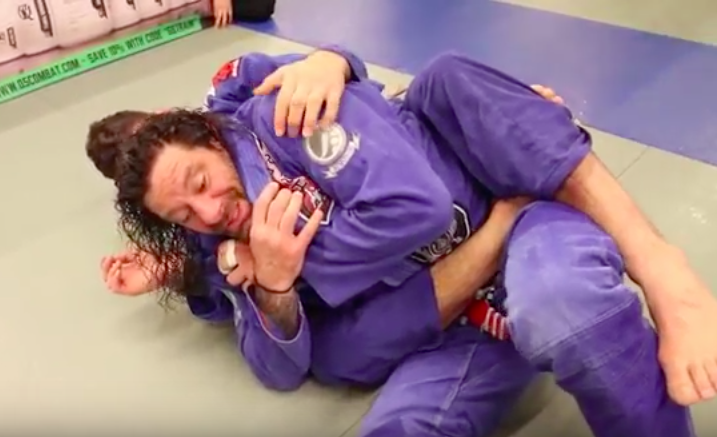 A Body Triangle also known as a Figure-four body lock, is a technique in grappling that is employed from the back, back mount, or less frequently from the closed guard, whose purpose is to securely lock the practitioner’s opponent in position. This technique is very similar to one of the four forbidden techniques in Judo, the Do-Jime or Trunk hold. The main characteristic of the Body Triangle that distinguishes it from hooks is the commitment to the position, i.e. once executed the position is difficult to escape; however, it also severely limits the offensive options of the practitioner employing it.

In order to escape or reverse the body triangle the first priority is to unlock the figure-four; this can be quite difficult depending on the skill of the practitioner performing the technique, and consequently often leaves a practitioner vulnerable to attack, either by striking or submission. Striking options are also severely limited when a practitioner is subject to a body-lock, the most common being a rear elbow strike to the head of the opponent.

The outspoken Kurt Osiander is one of the most well-known instructors in the world and certainly has a tough old school BJJ game. Kurt recently released his first instructional series for BJJ Fanatics entitled Fundamentals of a Jiu Jitsu Renegade where he teaches his no BS and hard nosed approach to BJJ. Now grab yourself a copy of Fundamentals of a Jiu Jitsu Renegade and be sure to add code ‘BJJEE’ to get 10% off!