Benefits Of Powerlifting For Jiu-Jitsu 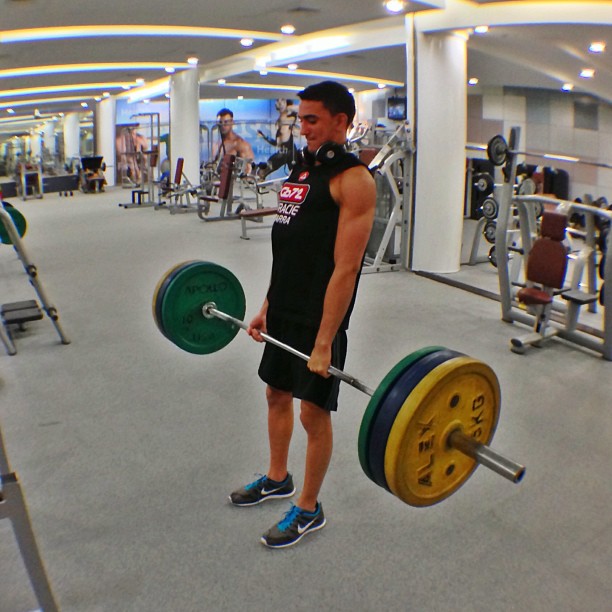 Edwin Najmi, a student of Romulo Barral with his deadlift routine.

In Brazilian Jiu-Jitsu technique is king. How else would a much smaller person beat a bigger person if it wasn’t for superior technique. Strength however frowned upon, is also important especially when you consider that when 2 grapplers of the same same skill level meet, obviously the stronger one will win.

I truly believe in the saying: “If you want to get better at Jiu-Jitsu, then do Jiu-Jitsu.” but I also believe that you should make some time to work on your specific strength and on your conditioning. For the past year, I’ve mostly been doing crossfit twice a week to cover my S&C. After 1 year it’s safe to say that I’m a all around better conditioned athlete, however my strength is generally the same as it was before. That is why I have  decided to have one training session per week, totally focused on powerlifting (up to 6 repetitions per exercise) and straight conditioning (sprints, uphill sprints, some crossfit).

What is powerlifting: Powerlifting is a strength sport unto itself and tightly focused around just three weightlifting events: the squat, bench press and deadlift. BJJ, relies in part on physical strength, making strength-building exercises such as powerlifting a helpful form of training.

Powerlifting Exercises to Use For Jiu-Jitsu:
The three main powerlifting exercises are all beneficial for BJJ players are Deadlifts, Benchpress and Squats. It is also advisable to use more specialized exercises like pull ups, presses, rows to strengthen other parts of the body and that are used in a BJJ fight. Deadlifts and squats strengthen your legs and core, which give you better balance and impact when going for takedowns and throws. Bench press are great for building chess chest, triceps and core sterngth, which you use in BJJ to push opponents away, or control them. When designing your own routine, you should try to design a program that makes you work all your major muscle groups. 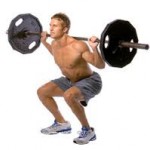 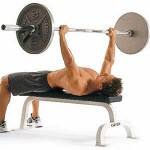 How many reps and what intensity:
For a BJJ athlete with limited time to dedicate to powerlifting, it’s more than adequate to do three to five sets of each exercise. Since your goal is to develop strength, you should have not more than 6 repetitions.

For further reading on powerlifting: www.bodybuilding.com/fun/bbinfo.php?page=powerlifting