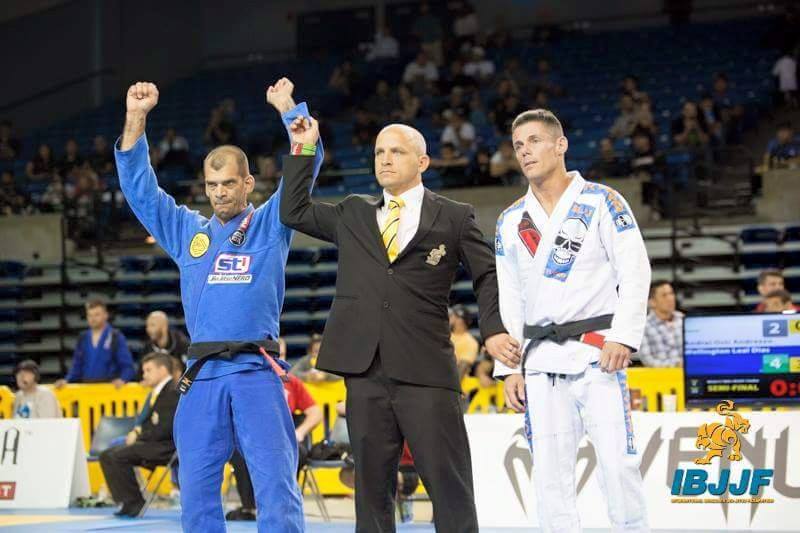 Last year during the 2015 IBJJF Worlds, history was be made.

Wellington ‘Megaton’ Dias is the only Brazilian jiu-jitsu competitor to have competed in all 20 World Jiu-Jitsu Championships, realized since the first edition in 1996. His discipline and perseverance has been an example for younger athletes. Last year, the 48 year old Megaton once again competed in the black belt adult division, making it 20 years in a row. So far, he has earned a silver and 3 bronze in the process.

Wellignton Dias is nicknamed “Megaton” because of his Judo training and propensity to launch his competitors high into the air, similar to the blast of a nuclear bomb. “Megaton” was named the #1 ranked nickname in MMA by SubFighter.

Megaton shares his Jiu jitsu Competition Background and talks about 20 years of competing in all Worlds competitions: