Ertan can you please introduce yourself to our readers? 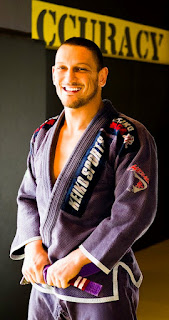 Hello, my name is Ertan Balaban I am 29 years old and I am from İstanbul, Turkey. I started to train martial arts at very early ages but when I was 21 I started submission wrestling and a little no-gi jiujitsu. Later, realized that I need to put the gi on to learn the art and in 2008 I put the Gi on and joined team Brasa under Felipe Costa and Igor Silva. The biggest problem is we do not have tournaments around my country so I did not compete much, and traveling to europe requires visa and costs a lot. My biggest achievement in BJJ was probably 3rd place in Brazilian Nationals in 2009 but this year I started to teach to a bigger crowd because BJJ got a lot bigger around here, which means I will save some money and compete as much as I can around the World. I try to invite a black belt almost every month to improve my BJJ and get new techniques and styles from different guys, I beleive with every seminar me and my team improves. My instructer Igor Silva comes every year here and spends a lot of time with me, and I beleive one day I will make him proud holding the same titles he has been holding.

2. Before BJJ you were training Kickboxing and Karate. How did you start training bjj and tell us how you fell in love with it?

Like every young guy I started martial arts with Karate and moved to kickboxing because it has a little bit contact in the ring. I was competing in striking sports and one day I saw MMA on TV. I thought I could do this because I liked to grapple and wrestle with my friends and I thought striking while wrestling would be fun and challanging. I let my coach know that I wanna try this and after couple of weeks I got an offer for an MMA match with a wrestler. Right away I decided to go to a Jiujitsu school to learn how to stay up and ignore his takedown that way I can stand up strike with him. I spent 2 weeks there and learned the basic fundamentals, I did a lot of sprawls and crossfaces. Suprisingly, I choke the guy in the first round and realized you can dominate someone without hitting them which was such a gentle but excelent way to finish someone.
I kept training BJJ ever than and honestly this community gave me so much more than the others. I found my best friends training BJJ, I met my girlfriend in the BJJ school, I became better person training BJJ, I looked better because I trained like never before, I even ate better or I got much stronger and realized that BJJ lifestyle gave me so much that made me fell in love like every other person in the World who has a true understaning and love for BJJ.

3.Tell us about your BJJ academy in Istanbul?

At the moment, we have 2 Academies in İstanbul because İstanbul is in 2 continents. I want to have a big family so I try to teach in both asian and european side because I had guys who travel almost 2 hours just to come to Asian side academy to train. My team name is Balaban JJ and my biggest goal is to spread this towards other cities in Turkey and have one big family. Recently, we have a affiliation in Ankara, blue belt Halil Yıldırım teaching there and representing us in the capital city.

4. You have a 6-1 MMA record and have fought all over Europe. Why have you decided to put your MMA career on hold and focus on your BJJ career and growing your academy?

I really liked fighting MMA, because I like adranalin and of course you got lots of attention from people,even fans and maybe Money in the future. But fighting MMA is a harder job than people think, your diet, sleeping Schedule, time of trainings…basically you do not have other life if you want to be succesfull. I had to sit down and think what I really want and having a team, teaching BJJ and competing in BJJ is what I really want. Anyways when I was fighting MMA, in my later matchs I tried to represent BJJ by wearing my kimono and trying to finish my matches by submiting my opponent even though I did lot of striking before. To be honest if I had a good striking and grappling coach and bunch of parthners to spar with, I would not stop competing MMA but in my country in a way we are lucky to be pioneers but at the same time unlucky competition wise. Now my goal is to be better competitor and instructer in BJJ and MMA carreer is a good memory form me. If I can find talented kids which I have couple now, I would love to train them to be good MMA fighters.

5. How is the BJJ scene in Turkey? Being such a big country it has a huge potential.

When I came back to Turkey from the states there were only few guys doing BJJ but now we got multiple teams and instructers. BJJ is growing fast in Turkey just like the european scenerio. I am very happy to see its growing because that means we are getting closer for competitions. Competition feeds the sport because you give goal to people to drive their motivation up in the training. Wrestling is our national sport so genetically Turkish people love to wrestle and grapple so when we put them in the mat we find lots of people interested and talented people. Soon you guys will see good Turkish competitors around the World I think.

6. How would you define your style of BJJ? Are you more of a top or a guard player?

I dont like to limit my game, I like to be good in everywhere because I beleive soon or later you will be in every situation. If you depend your game only in one area, that means you have a gap in your game that if your opponents finds that gap you are in trouble. I do 2 things I think, I like to play close guard which comes from my instructer İgor Silva, one of the best close guard in the World and I like the top game like side control and knee on the stomach which comes from MMA I beleive. But I have so much to learn, I am stil hungry like a white belt when I am learning a new move or movement.

7. Can we expect to see you in the big BJJ tournaments in the region and Europe this year? 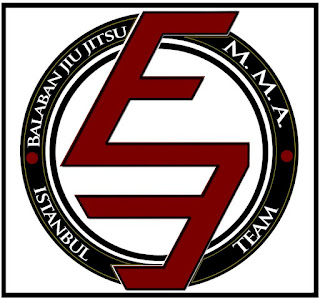 I think my biggest weakness is I do not have experience in competing, BJJ is not fighting in higher level, its a game that you have to play so you need the experience of playing, you cant just be a good athlete or good fighter. I realize that I am missing this everytime I fight I have a more expeienced guy in front of me but soon I will compete more and more and change this situation. In may I am going to hold a camp in Rio with Igor Silva and our team is gonna compete in this great tournament. And in October I am planning on going to Tokyo for the Asian cup representing Igor Silva and Balaban JJ.

I really like my instructer Igor Silva’s style because he is very athletic and agressive in his game. I like to use athletism in my game also, and I like to pressure my opponent by being agressive so Igor is a great role model for me. I also like Rodolfo Vieira because of the same reasons, I met him in europen and we spent some time together, he is a very good and humble guy…he deserves to be the champion for sure…Also Demian Maia is one of my favourite fighters of all times, once when he was fighting MMA in Ohio I was on the other, corner of his opponent…I think he is the guy who represents BJJ best in MMA and also very good and humble guy…

9.what are you top 3 best submissions?

My top 3 submissions are the rear naked choke, armbar and triangle I beleive…in nogi and MMA sometimes you fight very strong guys and its really hard to hold their arms and legs for submission because they are sweaty and stong, so I try to get their backs because choke is a choke in every situation. And I like to armbar from every position, I dont know but its an instict even sometimes I take the back and have a basic choke opportunity I take the arm. And tiangle is my strongest weapon, people say I have strong legs geneticlly and I love to triangle people also from bottom or top, bc I beleive its really hard to escape this submission.