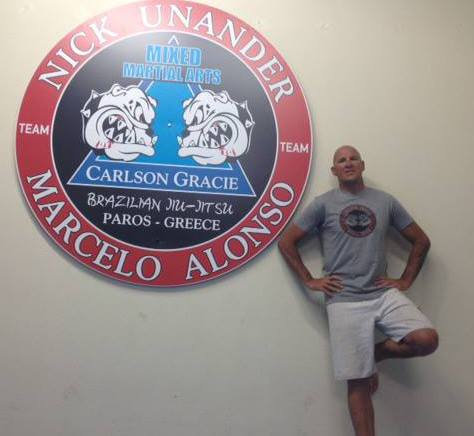 Nick Unander is a black belt under Marcelo Alonso (Carlson Gracie) that teaches BJJ on the beautiful Greek island of Paros. In this interview with BJJ Eastern Europe, Nick talks about his fascinating Jiu-Jitsu journey, The Greek BJJ scene and more. Check it out:

Hi Nick, can you please introduce yourself to the BJJ Community of Eastern Europe?

My Name is Nick Unander I was born in 1967, I will be 47 years old in January. I am Swedish born in America and raised in France. I was awarded my Black Belt in Brazilian Jiu-jitsu under Marcelo Alonso Carlson Gracie Team (MABJJ). I have been competing in BJJ competitions since white belt level but did my first Pan Ams with my students in 2001 when it was in  Florida as a Purple belt. In 2004 I took second place open division as a Brown belt at the U.S Opened organised by Claudio Franca and Brazilian Jiu Jitsu legend Red Belt.  I competed in the World Championships  in California in 2007 at 40 years old in Adult division,  I did not place but had two very nice matches. Those are the large competitions I  participated in but I also always competed along side my students at the local regional tournaments. 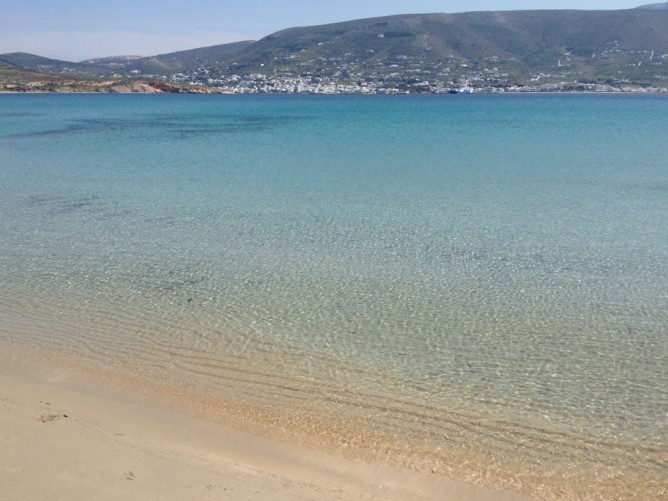 You have quite a interesting martial arts and BJJ story, please tell us more about this

I started Training Martial arts in 30 years ago Under Grand Master Sun Woo Park of Korea Full contact Taekwondo. I have been competing since White Belt I recieved my first Black belt in TKD after Four years of Training. At 21 years old I was a first degree Black belt in TKD and at 24 I got my 2 nd Dan always competing in Full contact tournaments. I moved to California for a job and I began training Kenpo Karate and recieved my balck belt after a short 3 years of training. At the time I was working for an international company and they had sent me to Brazil on a business trip I would be there for 2 weeks and I was looking for a place to train martial arts.  In my search I found Carlson Gracie school in 1994 in Rio de Jeneiro. Where I began my training in BJJ I was very impressed with the style and I have not stopped training since. In the year 1999 I recieved my Purple Belt from Julio “Foca” Fernandez and Permission to Open my own Academy on the west coast of the United states in Oregon. I opened Oregon BRazilian Jiu-jitsu Academy where I trained many Champion competitors and I also continued competing.

In 2004 I was awarded my Brown belt from Julio Foca Fernandezhile I was teaching in Oregon I would have Carlson Senior and MArcelo Alonso as well as Julio Fernandez visit for seminars on a regular basis my students always did very well in both the large and local competitions our team was ranked number 1 in the northwest for many years. After Carlson Gracie senior passed away in in 2006 I continued my training under the supervision of Marcelo Alonso MABJJ Carlson Gracie Team and competed as Brown belt in the world Championships 2007 along side my students. In 2009 I was awarded my Brazilian Jiu-jitsu Black belt from Marcelo Alonso, I have continued to be under his supervision ever since.       I have competed since white belt in brazilian JIu-jitsu tournaments. including NAGA, Pan Ams, US open, and the World Championships. Also on a regular basis at local smaller competitions. over the years I have trained with many well known BJJ Practioners including Carlson Gracie Senior, Carlson Gracie junior, Rodrigo Mederios, Mario Sperry, and many others.  I have many past students that I have introduced to BJJ have gone on to be both great competitors as well as very good  instructors.

I came to Paros Greece and fell in love with the Greek Island and culture and I just decided to stay since I can not live with out training JIu-jitsu I decided that the only way I was going to get regular training was to start building a team here. I my passion forced my to start teaching here with the blessing of course from Marcelo Alonso I began in 2011 teaching here. I took a team of three to the European Championships 2012 and two of my students medaled in White Belt division we also regularly attend and place in the Athens Tournaments.

Tell us a bit about the BJJ scene in Greece. How do you see BJJ progressing there?

Brazilian Jiu-jitsu in Greece is really gaining momentum in 2012 there were 17 medals in total won by Greece at the European Championships Lisbon which I believe was more then any other European country my team brought two of those. There are some very passionate instructors which helps to fuel the fire of our students.

You have been involved in BJJ since the mid 90’s. How was it training as foreigner at the Carlson Gracie academy in 1994 as a foreigner?(Back then when they had all the best guys there)

The 90 s was old school Jiu-jitsu it was a different kind of training, everyone was fired up and very excited about the direction BJJ was going. The training was intense and hard full of passion. At the time I was traveling a lot for business and I was lucky that I had Julio “FOCA” Fernandez who had opened was teaching at his Academy in Vermont. this was where I did much of my training back then. I owned a company in Vermont and so my work was near. Carlson Gracie Senior and junior would regularly visit us from chicago as well as the rest of the CGT Mario Sperry, Rodrigo Mederios, and countless others came to train with us. It was when I decided I wanted to follow my Passion and be a brazilian Jiu-jitsu instructor.

What do you do to keep learning in BJJ if you mostly just roll with your students who are no match (yet) for you?

I keep learning by putting in the extra time for training on my own. I continue competing, I make sure that I am up to date on the latest fancy moves, and I watch a lot of high level competition. I also Do Yoga and Chi Gong to focus and center myself. When Rolling with my students I put myself in bad situations and create my own challenges for teaching which keeps creative or what ever I can do to challenge my abilities. 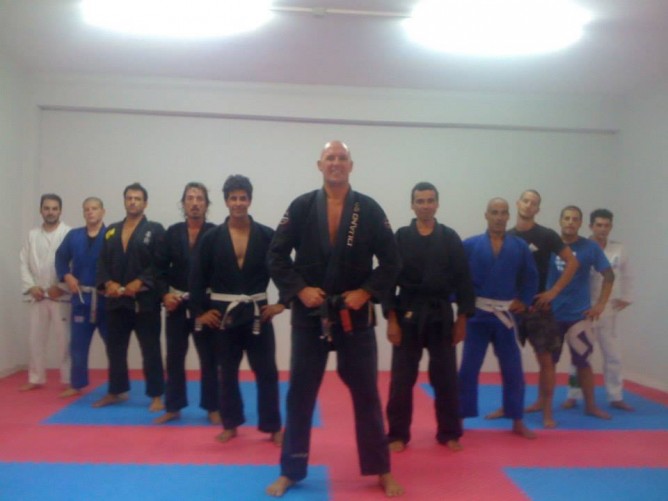 Nick and his students

My plan for our team  for 2013/2014 is to do of course the Greek national competitions and we will be at the ibjjf Europeans again this year. Mainly though my goal is to introduce as many people as I can to our great art and build passionate Brazilian Jiu-jitsu practitioners where it be for Competition or just for the pleasure of training.

I want to thank Carlson Gracie, Marcelo Alonso, Arthur Ruff, Paul Croon, Kevin Watson, and the rest of my team for continually inspiring and encouraging me. I want to thank my students here on the Island of Paros for being so awesome and I want to thank the Greek Brazilian Jiu-jitsu community for always being so welcoming.