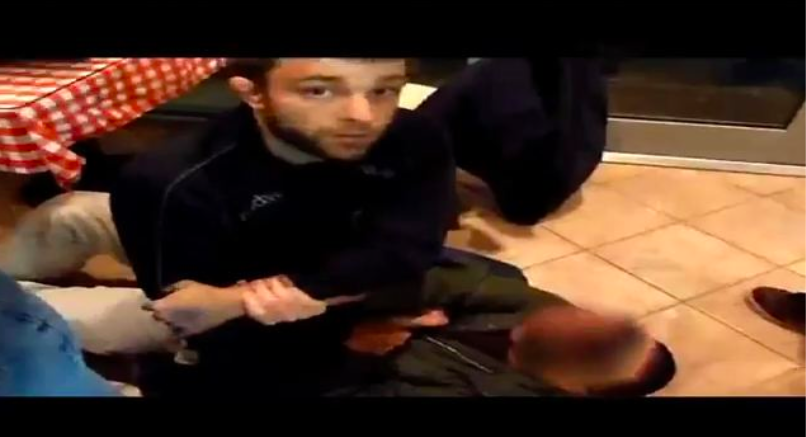 Ryan Hall is a UFC fighter who has submitted BJ Penn and defeated Gray Maynard. He is a Jiu-Jitsu black belt under Felipe Costa and one of the best featherweight grapplers in the world. A tough competitor in the Nogi professional circuit since he was a blue belt, he has established himself as one of the biggest stars in BJJ with several medals in important tournaments such as the ADCC, World Championships (Mundial), Pan American, Grapplers Quest and many others. Ryan Hall is also the founder and head coach of the 50/50 Jiu-Jitsu academy.

He was asked his opinion by Lex Friedman on what is the best martial art for self defense against an un-trained attacker, and against multiple attackers:

On December 11th, 2011, Ryan Hall was enjoying dinner in the company of friends, when a man approached the table, requesting a lighter. After informing him the table was comprised of non-smokers, the man became enraged, demonstrating violent behavior and directly threatening Ryan Hall. This video displays the occurrence in its entirety, to show exactly how Brazilian Jiu Jitsu can be used in self-defense as a means to control and subdue an opponent. Without a single punch thrown, the opponent is first controlled, and in a second encounter choked unconscious as a means to end the confrontation.