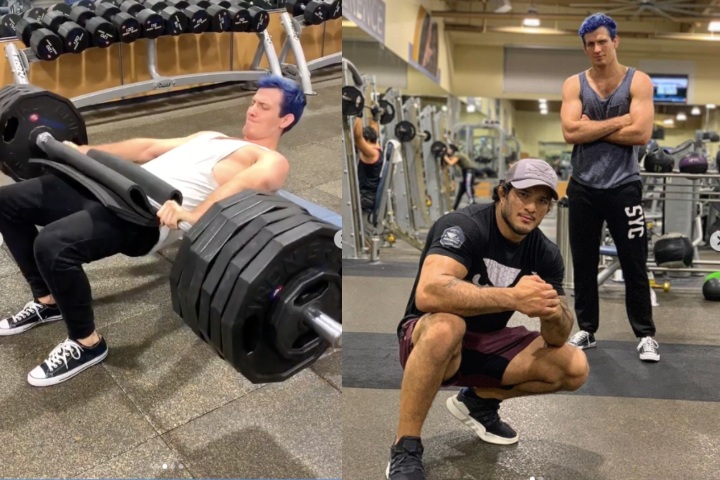 Getting the most out of your BJJ workouts involves making some decisions. Problem is, when making decisions it’s very easy to choose the wrong path or maybe the longer path to where you want to be.

Here are four assumptions about your workouts for Brazilian Jiu-Jitsu:

BJJ champion Keenan Cornelius in an interview with Stephen Kesting of Grapple arts, talked about his strength training.

Keenan on strength and conditioning for Jiu-Jitsu stated:

Stephan: Okay. Now speaking of athleticism and explosiveness and strength, do you do any additional conditioning, either strength or cardio in addition to all the training that you do? Or do you find that the amount of training that you’re doing – because you can train for six hours a day – is enough?

Keenan: Yeah. I feel like if you don’t have the option for doing strengthening and conditioning then you should definitely be doing as much Jiu-Jitsu as possible and I think you can do fine with that. I actually did most of my purple belt year competitively without doing very much strength conditioning at all. There was a little bit of a conditioning class but I wouldn’t really go into it very often; I was mostly just about rolling live.

Especially at the lower belts I wouldn’t stress conditioning as much because conditioning is the complete opposite of skill in Jiu-Jitsu, right? Like we’re trying to improve our strength and our speed but if you don’t have strength and speed, it forces you to use better technique. So especially in your beginning stages of Jiu-Jitsu I think you should just focus on the Jiu-Jitsu itself. It’s a good workout. You’re using all your muscles. You’re not going to getting to super jacked – it’s not strength training of course – but it does force you to really focus on the technique.

When I was younger and starting out I was a lot skinnier and weaker and it really helped me. I was forced to adapt to deal with the bigger, stronger guys. And that’s part of the reason why my guard got to where it is today; just being in that situation. So if you’re doing conditioning, it’s really purely only for competition in my opinion.

So I feel that just basic, meat head type lifting is actually really good for Jiu-Jitsu, so I try to stick to that. I’ve had a lot of success with that. I feel really good when I’m feeling strong like that. But that’s not for everyone. I’m a lean guy so I put on muscle it’s not a lot of muscle but it really helps me a lot. But if you’re already a big guy, you should probably try and lean down a little. You do more flexibility type stuff and more cardio…

Keenan Cornelius in this interview with Finnish website hakkiradio.com,  talks about various subjects including his strength training regiment, why he believes that Olympic lifts are not so beneficial for ground grappling, worm guard, self defense and much more.