Interview with Roger Gracie black belt, Cesar Lima during his seminar in Macedonia 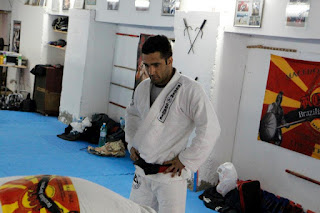 1.Hi Cesar can you please introduce yourself to the Eastern Europe BJJ community?

Hi, my name is Cesar Lima, 34, leave in London since 2002, I’m a black belt under Roger Gracie, 2xEuropean Champion, head instructor of one Roger Gracie Academy.

2. Please guide us through your BJJ journey 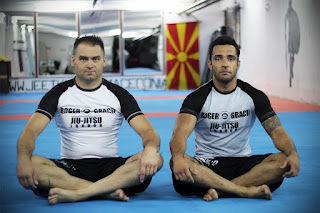 I began my Brazilian Jiu-Jitsu career in 1999 in a small town in São Paulo, Brazil. I learnt my first techniques under the guidance of Prof. Gilberto Gabas, student of Brazilian National Champion and three times Mundial bronze medalist, Marco Barbosa. After 4 years I moved to the capital of Sao Paulo and then continued to train under the tutelage of famed Vale Tudo and UFC fighter, Jorge Patino Macaco.Early in 2002 I decided to look for new challenges abroad and moved to London, home of the multiple world champion and second degree black belt Roger Gracie.

3. Please tell us about your academy in London

My school is located in the central of London, RGA-Vie Academy. Boasting today over 120 students and its has become one of the most respected in London with athletes of all levels competing both locally and at a European/World level competition. www.cesarlimabjj.com


4.How much does Roger Gracie influence your game? What do Roger and Mauricio Gomes represent for you?

My bjj game improved a lot since I start with Roger, he focuses on small details that makes huge difference
Everything I have today I owe to Prof. Roger Gracie and Mauricio Gomes, they started the bjj in UK and after a coulpe of years training with them I earned their trust and they gave me the honour of being the head instructor of a Roger Gracie Academy.

5.How did end up in Macedonia?

One of my Student Muhammed is living in Macedonia at the moment, he started training there at the Strongest club, Roots bjj Team, one day he called and asked if I could come to do a seminar, he said “You have to see the boys here Professor, they have a lot of potential”. I said” Sure, lets see it!

6. What are your impressions of Jiu-Jitsu there? Do you see a big potential? How do you find the country?

I got very impressed when I got there, they’re still white belts, but strong boys and very talented, I could see “blood in they eyes”, this is what all bjj fighters need to be a champion. I can say in a couple of years we will see some Macedonian names winning international competition. I want to congratulate the bjj coach Ivica Aleksovski for the job he is doing there with the boys, they will go far!

I love teaching and prepare athletes for competitions, I have some students who won British and European championships, for next year the target is the worlds. Im in my second year as a black belt, I have a lot to learn and improve yet, competition as a black belt is different u need a lot experience, but I’m training a lot now, you will see my name on the medallists board soon.

8. Thank you very much Cesar and all the best!