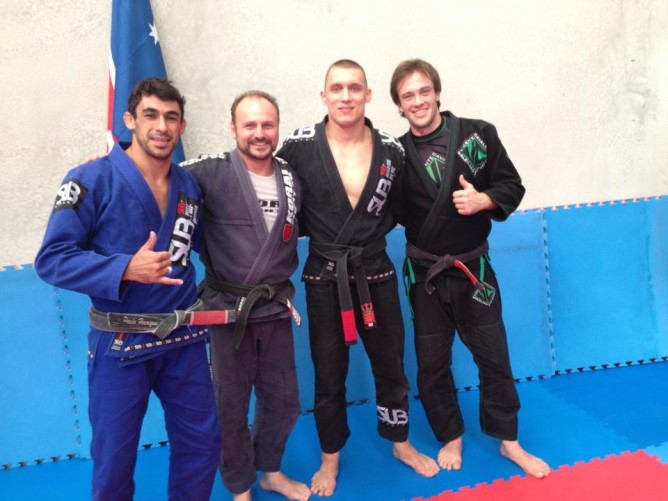 Ukraine finally has a BJJ black belt. Even though he lives in Australia, Paul (Pavel “Pasha’) Stolyar is proud to represent Ukraine. In this interview with BJJ Eastern Europe, Paul tells us about the BJJ scene in Brisbane, Australia, his positive addiction to competitions, and about his interest in the Ukrainian BJJ scene:

1. Hi Paul, can you please introduce yourself to the BJJ Community of Eastern Europe?

Hi Guys, my name is Paul Stolyar (my Ukrainian name is: Pavel “Pasha”) I originally come from Nikolaev, which is an industrial city in Southern Ukraine. At the moment I work in Brisbane Australia and train in two clubs Southside MMA (where I teach MMA) under Vicente Cavalcanti and now I also often come to Axis Jiu Jitsu with Jason Roebig. It is very hard to list my titles as I have competed in everything locally and don’t consider any comps as too small and unworthy. But I suppose that I won Pan Pacific BJJ Tournaments in my weight in brown belt, and placed second twice in Open Weight in the same tournament. I won the state and national Australian championship a few times and plenty of other comps. I hate competing that is why I compete a lot 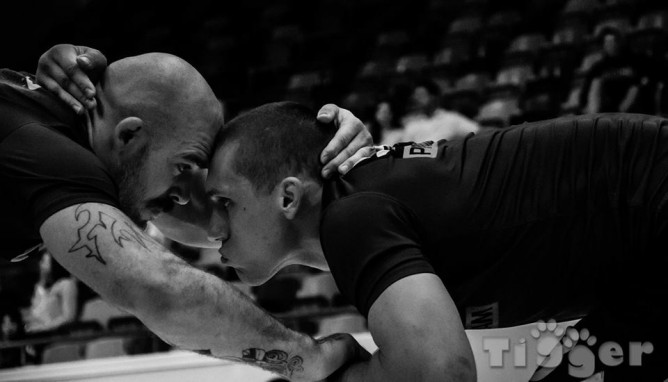 2. Please tell us about your Jiu-Jitsu story and the fact that you are the first Ukrainian BJJ black belt.

I started NO GI Grappling as part of my MMA Training in almost 7 years ago, then I broke my hand badly so NO GI grappling was the only thing I could do (grappled one handed for 14 months). The black belt has never been the goal for me, I missed out on having to climb the ranks, as I have never gotten a belt officially before my brown belt, I competed as a purple for a year and a half and did quite well (winning Pan Pacifics and the Queensland State Championship in NO GI), the first time I put on a GI was already as a brown belt 3 years ago, and only when I put on a GI and started appreciating it, then I started really appreciation and loving BJJ. It is pretty cool though to realize that I am the first one in my country to get promoted to Black Belt in such an awesome sport. However, as I said the belt was never the goal, but becoming the best BJJ fighter I can be is always the goal.

3. Please tell us about your academy in Australia and the BJJ scene there.

The BJJ Scene in Australia has exploded recently, there are many good schools now and there are many good coaches. Comps are always full of competitors and spectators. As to my club, believe it or not, Southside MMA started out as just a bunch guys training in the Church hall, a couple of them saw me competing in one of the state championship and asked me to teach their MMA classes, they had a BJJ Coach in there that later left and as a brown belt in NO GI (already a Australian BJJ Champions Cup Open Weight winner in brown belt) I had to start learning and teaching GI (and I hated the idea of GI at that time). I realized that at the time my skill was not good enough to teach the GI aspect of the game and so Southside MMA invited Vicente Cavalcanti (who was Aliance BJJ Brown Belt and now a Black Belt) that gave us a huge knowledge boost after only a few months of training we became second in the State in the Team Tally, and now Southside MMA academy won the Queensland State Championships two years in the row, not bad for a team that started out from a church hall in one of the worst areas in Logan.

4. How do you see the growth of BJJ in Australia?

A good question, I suppose it will be quite tightly related to the global growth of BJJ around the world. BJJ is really big in Australia at the moment (along with other types of Martial Arts) I truly hope it stays that way.

5. Please tell us about your Ukrainian roots. Do you follow the Ukrainian BJJ scene and do you plan to help develop it?

Well, my parents were both from the Russian part of Soviet Union, they moved to work in Nikolaev in Ukraine during the Soviet Era and that’s where I was born. I love Ukraine, I love my city, I love people in there and especially the nature of my region…even though I work in Australia at the moment I go back every year, and miss my home with every single heartbeat. As far as I know the Ukrainian BJJ scene is very young at the moment, but it is taking off now really fast, last year a visited a couple of clubs, and some fighters really impressed me. I am going back home in two weeks, and I will be doing a two day seminar GI and No Gi in my city. Last year the boys from Nikolaev MMA have organized a seminar for me and some athletes from other cities came for it too, which I though was pretty cool. I hope this year it is going to be as good as in 2012. I have learnt so much in the last 12 months. And my theory is share whatever I deem effective for myself, that way my own skill develops faster, I do have a few tricks to share. 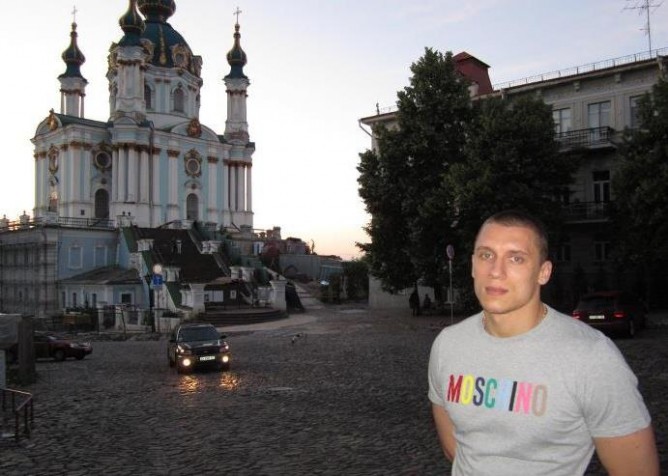 It is hard for me to plan for anything, as I train hard all the time so I will be ready for the new challenges so I will be competing all over Australia and may be a few times overseas. Now as a Black Belt I will have to train a bit smarter, but I freaking love BJJ and love training so I think I will be fine. As far as my team…wow, the sky is the limit for my boys, I think me, Vicente Cavalcanti and Paulo Henrique Polimeno have set a very solid culture to train very very hard all the time so I guarantee that my boys will be ready for any of competitions coming up.

WOW…I have so many people to thank, so please stay with me: my mom and my sister for awesome cooking and love they give me, Vicente and Paolo for coaching me, now I also train a lot under Jason Roebig at Axis Jiu Jitsu and he literally makes me feel like a freaking white belt all the time…really, so I want to thank him too. I want to thank my training partners Paul “Pops” Navruk for hours and hours of drilling, Aleksandar “Serbian Killer” Jovanovic, Mark “Pe Pequeno” Nienaber, Shen “Buddha” Lam, Nakia “the Budny Bear” Melody, Ted “Terere” Ferisa, Richie “I wear GI pants everywhere” Faataape, Zamir “Afghani Connect” Hussain… My main sponsors SUB Apparel and ONE for the constant support, Kelly Sirett from Elite Body Maintenance for the best freaking deep tissue massage in the world, and want to say thank you to my day job boss Kym Hyson for having my back when I need it the most…also, want to thank Kit Dale who is a top notch Black Belt, who raised the bar of Australian BJJ really high and pushed me to train harder.
Love you guys and I am truly blessed to have you as part of my life. 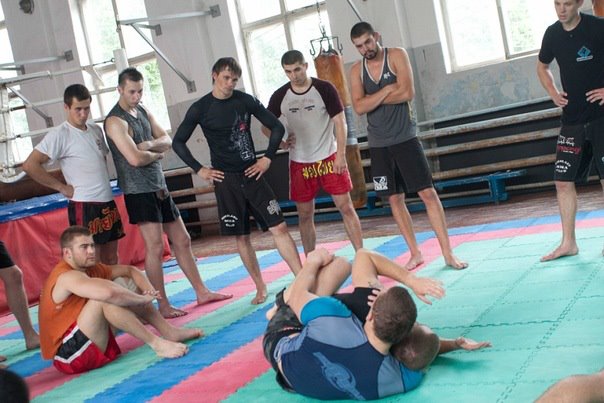 Paul teaching No Gi in Ukraine

8. Thanks Paul and all the best!

Not a problem at all, anyone is welcome to come for a roll in our club …much love
Pasha